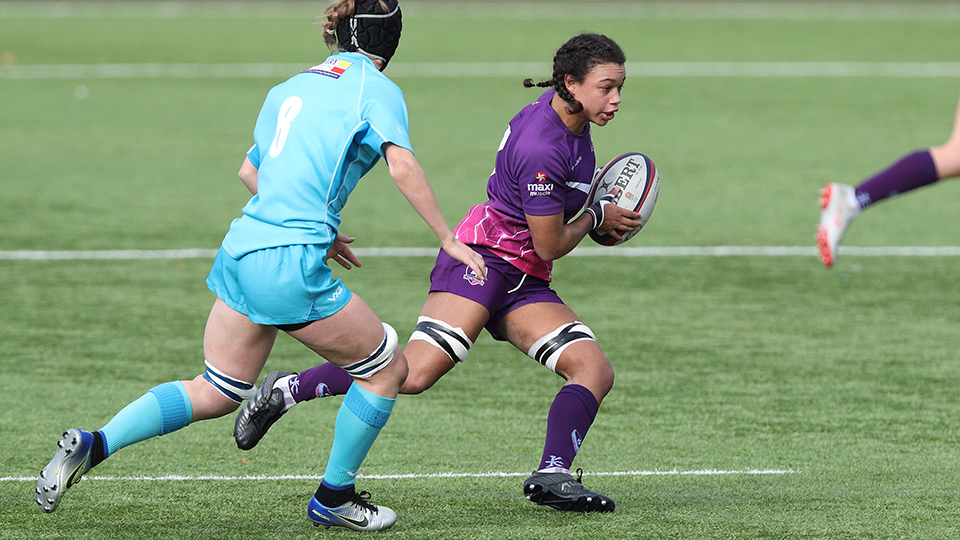 Emily Scarratt will make her Loughborough Lightning and Tyrrells Premier 15’s debut this weekend, as the side head west to the Sixways Stadium to face Worcester Valkyries. The game forms part of a double header with the Lightning 2’s taking on Valkyries 2’s in the Development League.

After a clinical 14 try performance against Firwood Waterloo last weekend, Lightning will look to replicate that form in their match up with Worcester this weekend.  When the two sides met last in round 8, Lightning got the better of Worcester Valkyries, notching up a 64-12 win.

It will be an exciting day for new signing Emily Scarratt, who has been focusing on Severns, as part of the England Setup.  Looking to put her mark back in the 15’s game, this will not only her first time in a Lightning shirt but will make her first appearance in the Tyrrells Premier 15s.

Scarratt will be venturing onto the pitch without fellow England teammates, Sarah Hunter, Cath O’Donnell and Carys Williams who are being rested this week ahead of their first 6 nations game against Ireland on the 1st February.

In the last game before breaking for the 6 Nations, Lightning will want to end this last game on a high, chasing a top two place which will secure a home semi-final.

Lightning 2’s squad also travel west, looking to continue their winning streak securing their third win from as many games in the Development League. When the two-last met Worcester Valkyries got the better of the Lightning side taking the win 40-10.

With the Six nations on the horizon and England players being rested, Lightning have made several changes to their starting line-up. Joining her fellow England team mate Scarratt in the starting line-up is powerhouse prop Justine Lucas, who returns to the fray after a few months out due to injury. After her impressive performance from the bench last week, including a sensational try, Scottish international Rachel Malcolm is handed the starting six shirt.

Ahead of the game this week, Head Coach Rhys Edwards commented:

Going into round 16 before a big break for Six Nation, it's really important that we finish with good momentum and try and get maximum points to cement our league position. Worcester are developing and in the last fourth to five games have got better and better having recruiting lots of players. It's going to be a real tough game and probably one they are looking to target this weekend at home, so we need to make seer that we are at our best. With some of the England girls unavailable it will be a different looking Lightning team, however our mentality will not change and neither will our playing style. it will be important that we manage the game and take control  early on to get the result we want.

Of the new Lightning Signing Emily Scarratt he said:

One big change is having Emily Scarratt in the programme now and this week playing her first game for us. Having somebody of her quality and ability is really exciting to have in the squad and we cant wait to see her make her debut this weekend.

Lightning will kick-off at Saturday at 2pm, with the 2’s at 4.30pm. Make sure you tune into the Lightning Twitter account for live updates.