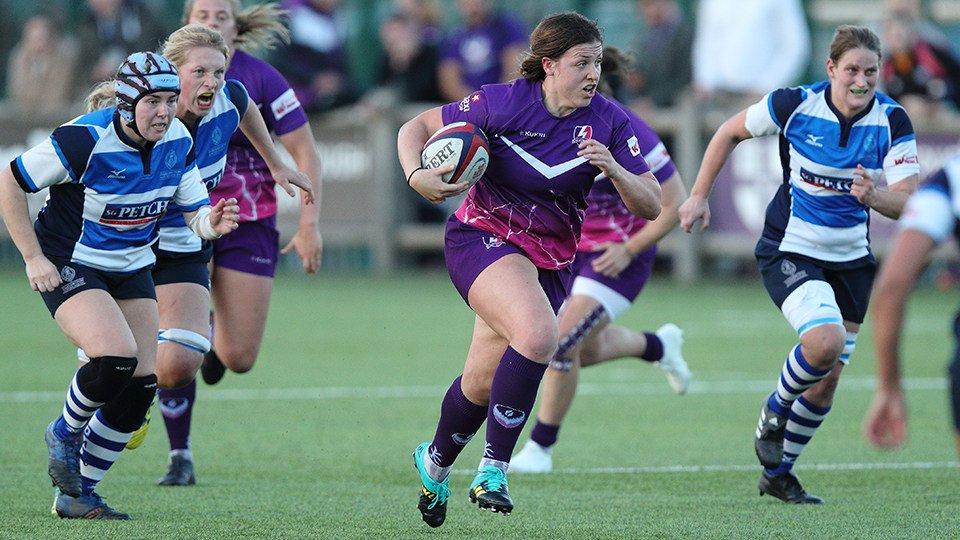 Scottish winger Rhona Lloyd will make her debut outing in the Tyrrells Premier 15’s and Loughborough Lightning this weekend, as the side head north to face DMP Sharks.

The game, which forms part of a double header with the Lightning 2’s, who also take on DMP Sharks in the Development League, will kick off at 5pm at the Northern Echo Arena.

With Lightning firmly cementing their place in the top four at the close of 2018, the new year brings a fresh start for the side who’s aim is to finish as high up the table as possible. With the second half of the season being split in two, due to the upcoming Six Nations competition, Lightning will want to come out firing in the first three games before the break and gain as many points as possible.

Clinching a win against DMP Sharks this weekend will put them a step closer to a place in the play-offs. In their previous clash, Lightning got the better of Sharks, notching up a 59-3 win in round six.

Lightning 2’s squad also travel north, looking to secure their second win away in the Development League. When the teams met last it was another white wash with Lightning racking up 56 points to 0.

The new year sees a refreshed Lightning side, with four key players returning from injury. Powerhouse prop Daleaka Menin returns to the starting line-up after an ankle injury in early December and Scottish winger Rhona Lloyd makes her Tyrrells Premier 15’s debut as she joins the backs, after a spell out for shoulder surgery. Fellow Scottish internationals, Rachel Malcolm and Sarah Bonar who have been absent with injury over the past several months will make their long-awaited return this weekend, bolstering the Lightning bench.

It’s great to get back into the season after the Christmas break. Obviously, Bristol was a disappointing result for us, however we have had a good rest are ready to start the season refreshed. The squad has benefited from the break as it has allowed players to return from injury. Daleaka Menin’s return will have a great impact in our front row, she helps create a fantastic platform to play off and has a brilliant work rate around the field. It’s also great to have both Rachel Malcolm and Sarah Bonar back available after some long-term injuries.

Of the game this week, he said:

Travelling away to DMP sharks last year was tough, so it’s important that we take control of play early on and dictate the areas of the field we want to play in. Last year it was the other way around, and DMP Sharks physically challenged us. For us, it’s a clean slate after Christmas and an opportunity to get back in the driving seat and to show everybody the rugby that we know we can play.

Lightning will kick-off at 5pm. Make sure you tune into the Lightning Twitter account for live updates.