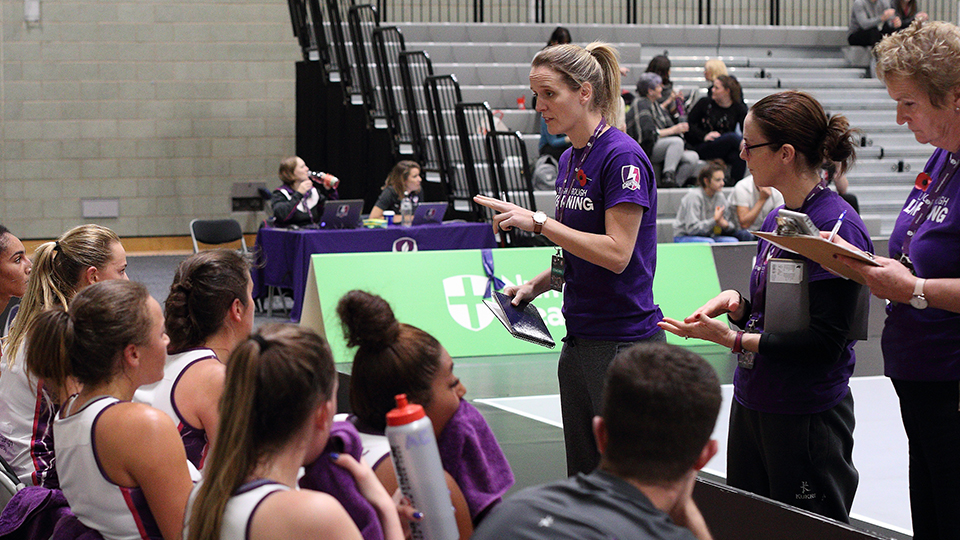 With Loughborough Lightning’s opening match just hours away, the two-time grand finalists are looking ahead to a new season, new faces, new coaches and a new agenda for this year’s Vitality Netball Superleague.

With netball making almost every list of successful sporting moments in 2018, the recent success of the Vitality Roses, who claimed Commonwealth Gold in Australia last year and featured six Lightning alumni, has put netball on the forefront of every sports fans minds and makes this year’s Superleague one of the most anticipated seasons to date.

Loughborough Lightning has had their fair share of success too, making the grand final for the second time in a row and seeing a number of its players named in the national side for the impending Quad Series. Despite their heart-breaking loss to fellow midlands side Wasps in the 2018 final, their confirmation in that final indicated the successful growth and dominance in a side that have featured in the league since its inception.

Having cemented their place as a top four team, Lightning have undergone numerous changes ahead of this season including the appointment of former England Roses captain Sara Bayman as Director of Netball. Not only does Bayman bring a wealth of knowledge to the side but her decorated international career, teamed with Assistant Coaches and previous international players Olivia Murphy, Karen Atkinson and Vicki Burgess, the bench is most certainly a force to be reckoned with.

Off the bench and on to the court, many of the fans felt the heartbreak once more over the summer as International stars Beth Cobden, Peace Proscovia and Shamera Sterling all announced their departure, to join numerous Australian teams for the Suncorp Super Netball League. Arguably the most competitive league in world netball, their departures should not have come as a negative nor a surprise to Lightning fans but simply another indicator of success, as the trio become the latest batch of international stars that began their journeys at Loughborough.

So, with a mix of fresh young talent and experienced stars lining up for Lightning this year, we caught up with Bayman to see what she’s got in store for fans this season; 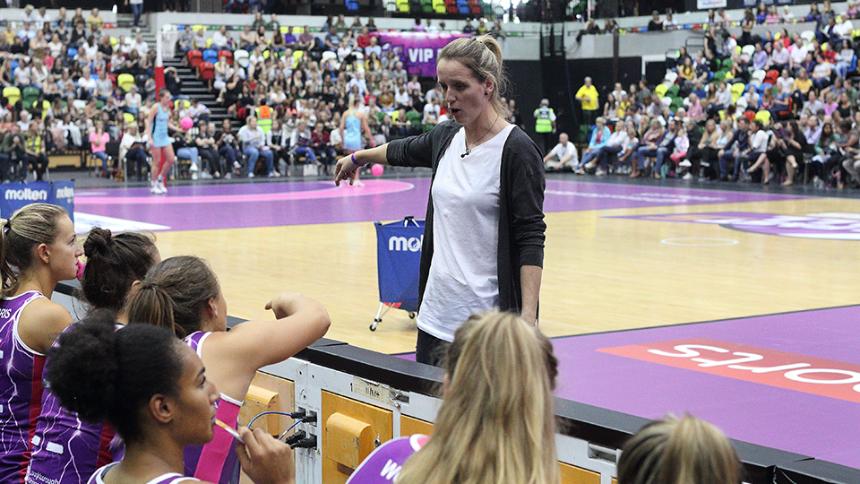 "As far as the overall season goes, our initial aim is to make top four. We will take it game by game, week by week and I think that will be the aim of every team starting out. Anything can happen from there so that’s the number one aim for us. In terms of challenges we lost a lot of big name players in the off season and recruitment was difficult, not necessarily to replace those players but to put together a team that we felt had a good balance across the board, a mixture of youth and experience and good quality across the court.

"I’ve been really impressed with the girls that we’ve brought in, and also the returners, in terms of their application in training and their effort to gel as a team quickly and hopefully that will continue and show on court."

“Wasps are obviously a quality side and having won it for the past two years have got a massive amount of experience, confidence and good players throughout the court. Rachel Dunn is a massive threat for them in the attacking end, they also have a solid defensive unit that have been together for a long time. I think our mindset going into this game needs to be more about executing our own game plan and making sure we’re doing what we want to do rather than worrying about what Wasps are going to do."

"I don’t think there has been massive changes in how the team runs with different people and playing personnel coming in. There is always going to be small changes and training will look different now to how it did before.  Some of the things we do will look and feel slightly different for the players that have been here for a while but it wasn’t about coming in and overhauling the whole programme because Loughborough is a successful side and has been doing things well so it’s more about continuing good work and making sure we are doing everything we can to keep improving."

"Making predictions for the season is a tough one, lots of people are calling very different top four finishers. I think teams will all beat each other in and around the league across the next few months and I think it’s difficult to know who’s going to come out on top."

"In terms of Lightning, it’s about a sole focus on playing well, building week to week and come the end of the season I want us to be playing our best netball and if that’s the case we’ll hopefully have a successful season.”

Taking on the role of skipper for her third year, Roses centre court prowess Nat Panagarry gives us an insight into this year’s team and the support her fellow teammates are providing as she prepares to lead the side into battle.

“We’re really looking forward to the season finally starting, it’s been a long pre-season so we can’t wait to get out on the court. We’ve had a lot of new faces join the franchise who bring lots of energy to the team."

"As a new group you’ve got to find your strengths at training and what makes us unique as a team. We’ve got a lot of depth in our attacking end and options for us to use this season."

"Having Hannah and Vicki in the leadership group is really important, we want as many people’s voices to be heard in the squad and they both bring great leadership qualities to the group."

"I’m really looking forward to facing Wasps in Birmingham today. It’s always a good physical and skilful game when we play each other. They have a lot of experience and have only made a few changes from their squad last year. We need to stick to our game plan and make sure we play our style."

"We’re really lucky to have such an incredible fan base here at Lightning, whether we’re home or away we know we’re going to see lot of purple. It’s always important to see the fans in the crowd as they lift you massively as the player, the noise and the intensity, it all comes from them. It’s like having an 8th player on the court, the louder the better."

"We can’t wait to see everyone again today and hope they’ll join us at home for the first time next week too.”

Lightning take to the court in the second match of today’s Super 10 event which is all shown live on Sky Sports, so tune in from 11am to see how they fare.

You can also catch them on court at home on Saturday 12thJanuary as they welcome Severn Stars to Loughborough University. Tickets are on sale now at www.Loughboroughlightning.com so secure your seats now to witness the action.