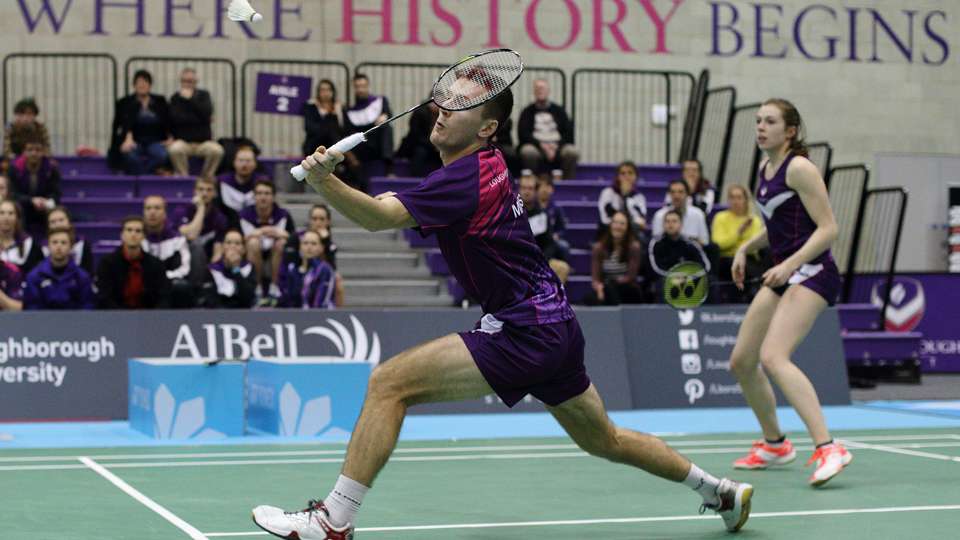 The 2019 BUCS Nationals see strong Loughborough medal contenders in most of the badminton events.

In the men’s singles, we have the top 2 seeds in Sam Parsons and Sahil Sipani as well as a 5/8 seed, David Jones. Sam Parsons is coming off the back of some good form in the English National Champs, where he took a game of England number 1 Rajiv Ouseph in the final.

Women’s singles is an event which could go either way regarding a medal position. We have just have one seed in Evie Burbidge, who is a 9/16 seed and will hope to cause some on-court upsets. The strong favourites to reach the final in this event are Li Lian Yang of Nottingham and Lyddia Cheah of Derby.

In the men’s doubles we have the top 3 seeded pairs – Greg Mairs/Harley Towler, Matt Clare/Max Flynn and Mike Roe/David King. All 3 pairs are strong and capable of medalling. Greg and Harley are not a regular pairing, but individually have both achieved success on the international stage. Particularly Greg, having recently been a nationals runner up, winning titles on the international circuit. The strongest other competition should come from Ben Torrance and Alex Dunn of the University of Strathclyde.

In the women’s doubles we have the top 2 seeded pairs in Jenny Moore/Viki Williams and Jess Hopton/Lizzie Tolman. Moore and Williams reunite their partnership which began in their junior days when they won a U17 European silver medal together. They will be favourites but should receive a strong challenge from Nottingham pair Li Lian Yang and Emily Westwood, amongst others.

The mixed doubles is another strong event for us, with past BUCS champions Greg Mairs and Jenny Moore heading up the seeds. Our other Loughborough pairs of Matt Clare/Viki Williams and Mike Roe/Jess Hopton are 2nd and 3rd seeds respectively. All of our mixed players have achieved international success in the last 2 seasons, so we will be hoping to dominate BUCS Nationals 2019.