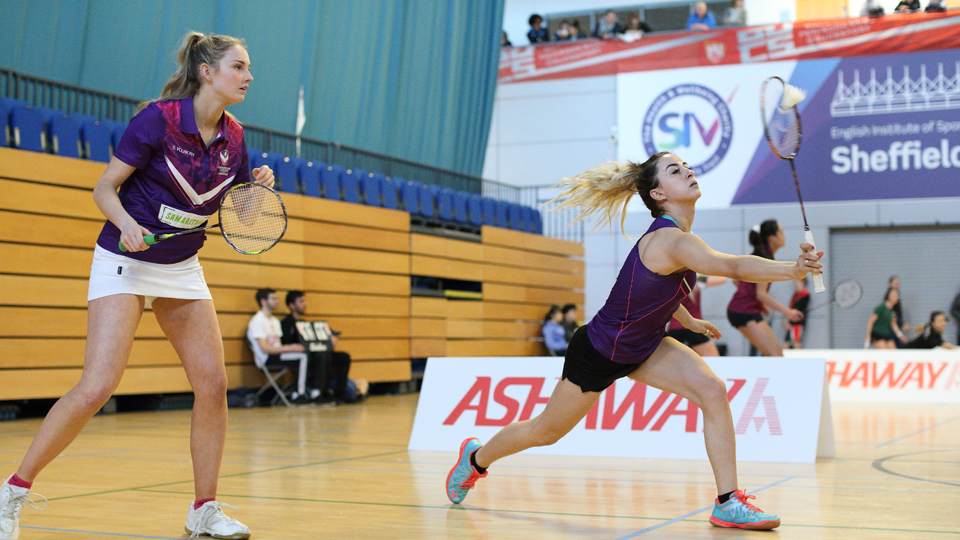 The BUCS Nationals Weekend came and went quickly this year, but you know what they say: time flies when you’re winning. This sentiment certainly rang true for Loughborough’s Badminton team who took gold in four out of five events over the three day tournament from 15th to the 17th February in Sheffield.

The Women’s Singles event led the team into the weekend, with Judith McClure and Ella Scott-Humphris taking the event qualification by storm. Later in the day, Sam Parsons and David Jones struck through the opposition in the Men’s Singles event, securing their place in the Quarter Finals on the Saturday.

Moving further into the weekend, top seeds Viki Williams and Jenny Moore got off to a “winning start” in the Women’s Doubles. They were joined by Zoe King and Evie Burbidge, and Jess Hopton and Lizzie Tolman, with both teams achieving consecutive wins in the Women’s Doubles. By the end of the day, three Loughborough Mixed Double’s teams had secured places in the quarter finals; that’s domination if I ever saw it.

If the first two days of the tournament didn’t display Loughborough prowess on the badminton battlefield, Sunday the 17th stood to attention. Mike Roe and David King took on a “strong Durham pair” to push through into an all African Violet Men’s Doubles semi-final, with all four pairs, including Matt Clare and Max Flynn, representing Loughborough. In the Women’s Doubles event, Jenny Moore and Viki Williams, and Jess Hopton and Lizzie Tolman also struck through into the semi-final play-offs.

Loughborough fans were delighted to see BUCS Sport issue a tweet stating that “It's all @lborosport in the #BUCSNationals #badminton finals of the men's and women's doubles and mixed doubles”.

An ‘over-the-moon’ Sam Parsons posed for photos with his winning cup as the Men’s Singles Champion before the end of the day, and the Men’s Doubles podium was emblazoned in purple and pink with an all-Loughborough cast. The girls took both gold and silver in Women’s Doubles, which was matched by Loughborough gold and silver in the Mixed Double’s tournament, ahead of two Birmingham pairs. Eight medals stand testament to the unbelievable achievement made by Loughborough Badminton over the weekend.

“showed the strength and depth of our squad, and for many of our players it was their last BUCS Nationals so a fitting way to end and mark the contribution they have made to Loughborough Badminton.”