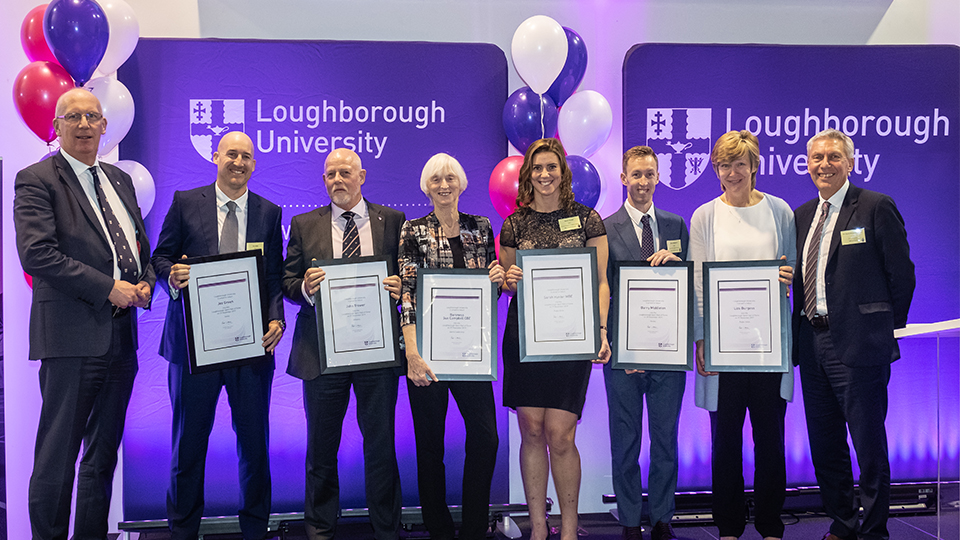 The latest recipients were officially unveiled during a star-studded dinner hosted by Vice-Chancellor and President of the University, Professor Robert Allison.

Professor Alison was also joined by Dr David Moorcroft OBE - who was inducted in 2011 and is a former 5000m world record holder - with each new inductee introduced to the packed room.

The Loughborough Sporting Hall of Fame seeks to celebrate the sporting achievements of Loughborough alumni, affiliated performers, and coaches as well as those involved in sports leadership and performance support.

Speaking on the evening, Baroness Sue Campbell CBE, explained the importance of sport and how it can change lives:

“Loughborough stands for something which is more than just sport…sport has the power to change the lives of young people, and I think that’s what Loughborough gave you. It provided a sense that you had this amazing tool in your hand and if you used it well you could change lives for the better.

“Loughborough stands for so much more than the doing of sport, it is the essence of sport. That’s what I felt and that’s what everyone who walks through this institution feels, and it’s something you carry with you for the rest of your life.”

During the ceremony, three former members of staff were also honoured with Distinguish Alumni Awards by the School of Sport, Health and Exercise Sciences (SSHES).

David Bunker, Rex Hazeldine, and Rod Thorpe were all recognised for their tireless work across campus, including the positive impact they have all had on thousands of students and athletes.

The trio have all made pioneering academic contributions to the fields of physical education, coaching and sport science. Through their research, publications, education and support work as practitioners, they’ve influenced the practice of coaches, teachers, athletes and sport organisations worldwide.

Nominations for the 2020 inductions are now open and will close on 28 February 2020. The criteria and further information can be found by emailing alumni@lboro.ac.uk.