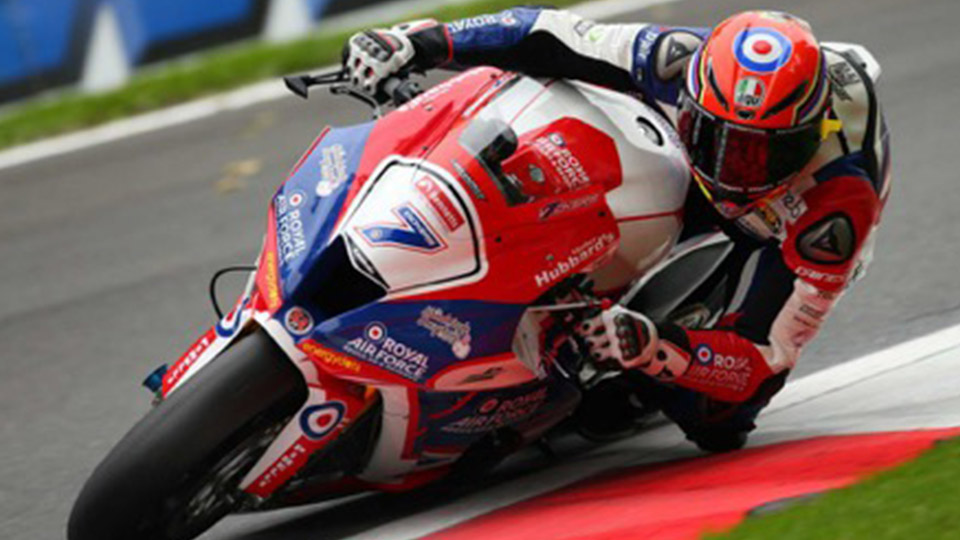 Aspiring world champion, Ryan Vickers, recently visited Loughborough University’s physiology lab for another round of testing ahead of his second season in British Superbikes.

At just 20 years old, Vickers has been turning heads in the motorsport world following an impressive debut season with Kawasaki.

With the race calendar not long finished, he’s straight back into training, working with the university’s Performance Support team and making the most of the cutting-edge equipment to identify ways in which he can gain an advantage and improve his overall performance on the track.

Having previously undergone a running test at the university’s state-of-the-art physiology lab, Vickers was back, this time for a cycling test to identify those key marginal gains.

“Train hard and ride easy,” is the philosophy of Vickers’ strength and conditioning coach, Sam Yassin, who emphasised the importance of being on top of your game physically and mentally, making it easier to focus purely on the riding.

“When the difference between winning and losing comes down to hundredths, even thousandths of second, these tests really help,” he added.

“The results I got the first-time round were so helpful, and I was able to improve a lot in my training and fitness. The run tests showed me the heart rates I’m meant to be training at,” said Vickers, who will again be heeding the advice of the university’s physiology team following his cycling assessment.

Rhona Pearce, Sports Science Manager at Loughborough, has seen an increase in emphasis on the physical aspect of motorsport.

"In recent years there has been a significant rise in the number of motorsport teams using our services to benchmark their athletes’ fitness and gain an insight into developing their physicality for race performance. Today’s bike assessment with Ryan provided him with a thorough physiological profile, which includes his VO2 max, maximal aerobic power and lactate thresholds. Ryan and his team can use this to optimise his training and progression as a rider moving forward,” she said.

Motivated by the atmosphere at the performance centre, Vickers said: “Everyone in there is training for a purpose. The people doing the tests motivate you and push you as hard as you can go.

He has all the makings of a future world champion – a calm, collected demeanour, a fierce drive to be the best and a willingness to learn.

“I want to be a world champion, that’s what I’m aiming for, and there’s no reason why I can’t be.”