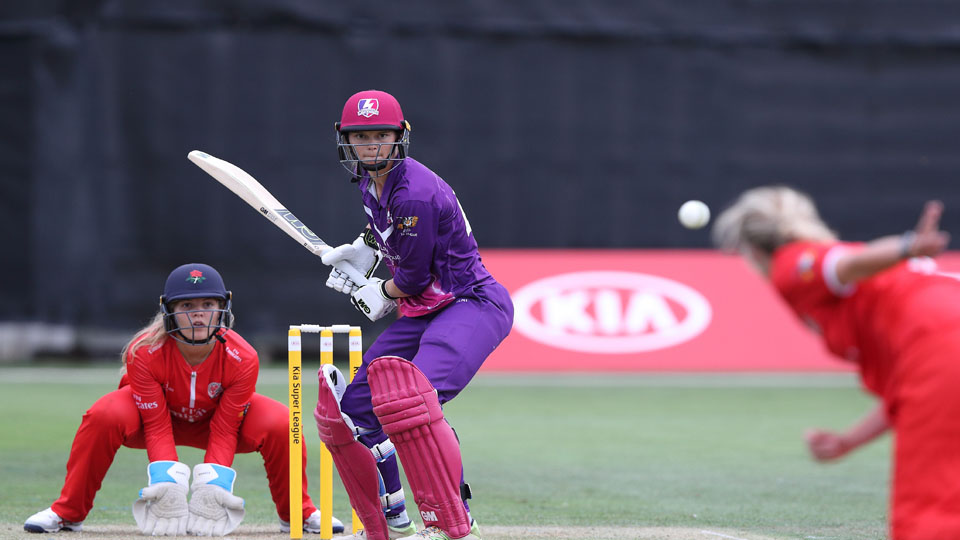 Lightning make the away journey to Lancashire Thunder on Tuesday 20th August playing under the lights at Old Trafford, 6:30pm live on Sky.

Thunder are yet to put points on the board sitting at the bottom of the table whilst Lightning are edging their way closer to Finals day in third position. But, with competition from Stars and Vipers the third and second positions are not guaranteed for any side yet.

Tuesday becomes another must win fixture for Lightning if they want to mark their finals day intentions. With three wins from the last four, Lightning have found their stride in this middle phase of the competition most recently easing to a six wicket win over Diamonds for their second win against the northern side.

The depth of the squad has been particularly evident with the middle order producing two great innings. Mignon du Preez has scored an unbeaten 108 off 63 balls across two innings including her maiden Lightning half-century against Stars last Thursday. Likewise, Georgia Adams has been a solid partner for du Preez rotating the strike to perfection and contributing an unbeaten knock of 37* also against Stars. Whilst, the bowling attack has also been striking well - Kathryn Bryce consistently economical and both Kirstie Gordon and Hayley Matthews taking crucial wickets at key moments.

Reflecting on the history between Thunder and Lightning, the sides have met four times with Lightning winning three out of the four.

“Having got ourselves into the top three it is up to us to stay there and keep pushing as hard as we can. In recent games we’ve been able to adapt to different wickets this season and we will be looking to continue doing that in what will be a really big week for us.”