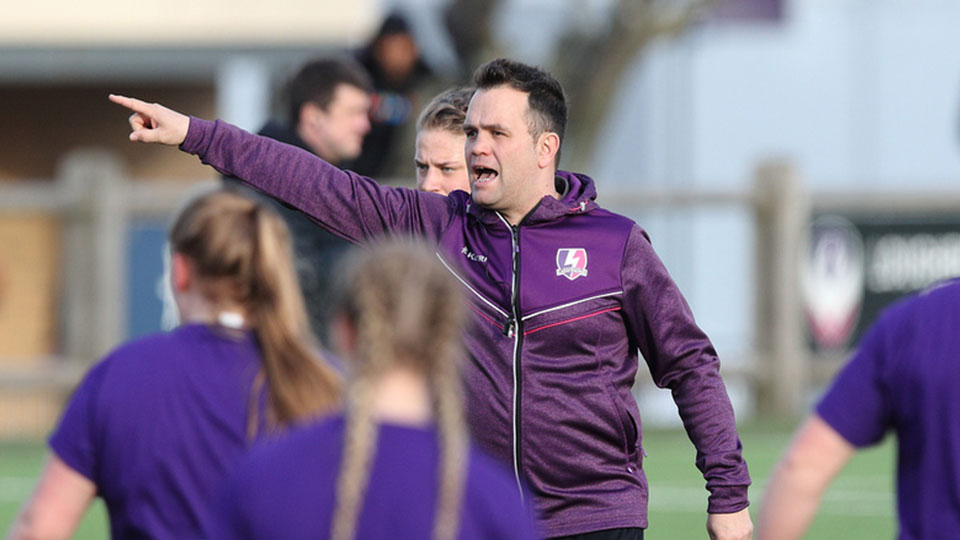 Loughborough University is delighted to announce Rhys Edwards’ promotion to Director of Rugby.

Edwards joined the university in June 2017 as Head of Rugby (Women) for the Lightning franchise, and prior to this, he worked at Cardiff Metropolitan University as Performance Director of Women’s Rugby.

Rhys also has experience at international level, having held positions at Wales Rugby Union as National Women’s Head Coach and Women’s Programme Lead respectively. He has also coached in the RFU Championship with Rotherham.

He will continue in his role as Head Coach of the Loughborough Lightning team for the upcoming season as well as taking up the new position.

On his new role, Rhys Said:

“I’m thrilled to have been appointed as the new Director of Rugby at Loughborough University. The rugby programme here continues to go from strength-to-strength and I’m looking forward to putting my own stamp on what is already a thriving environment.
“By working alongside the dedicated colleagues we already have in place, we can take the programme to the next level.”

“We had very strong levels of interest for the role but Rhys’ skills, drive, and absolute commitment positioned him as the best candidate.
“The combination of his coaching skills and strategic vision is exactly what we need to lead Loughborough Rugby forward in the coming years.”