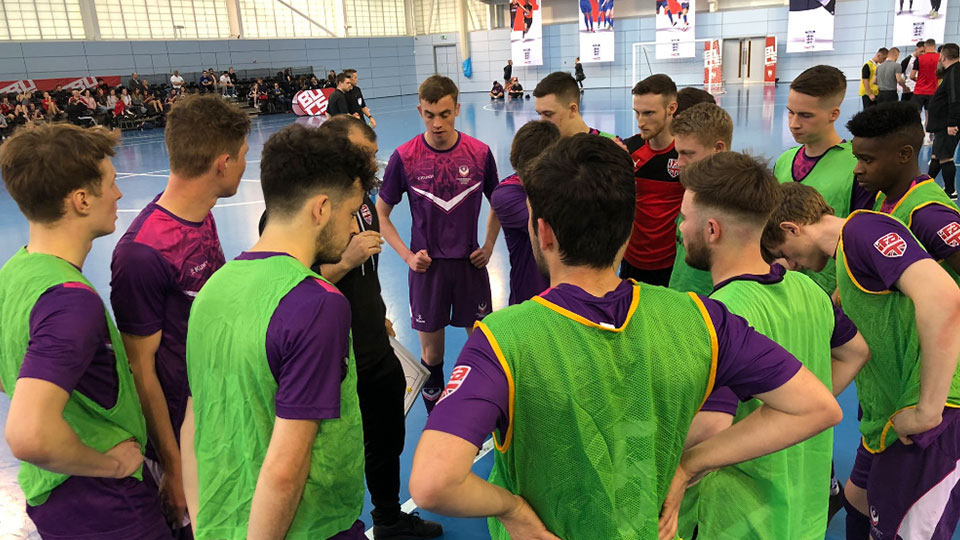 Loughborough Student Futsal Club has secured spots in Tier 1 and Tier 2 of the new National Futsal Series 2019/20, created by the Football Association (FA), to boost the profile of the sport in line with their first ever futsal strategy ‘Fast Forward with Futsal’.

In preparation for the series, a one-club approach has been established under the umbrella of Loughborough Student Futsal Club. The two NFS teams will play alongside four Men’s British Universities College Sport (BUCS) teams, Men’s U19s and Women’s teams.

Loughborough was one of the original members of the FA National Futsal League and they have worked hard to develop a high-level, competitive futsal offer in Loughborough. This new approach creates a more clearly defined development pathway for the club.

Richard Allen, Director of Football commented: “It is great for the club to have this opportunity and I believe it will drive forward our wider football strategy alongside our Men’s, Women’s and recreational football programmes.”

Head coach, João Almeida, will be continuing in his role, following the two fantastic seasons he has had with the team.

He said: “I am excited to work with the team on this exciting new chapter. I am very proud of how far they have come and I’m sure they will take the series in their stride.”

The season will begin on Sunday 29 September and a full list of the teams can be found here.