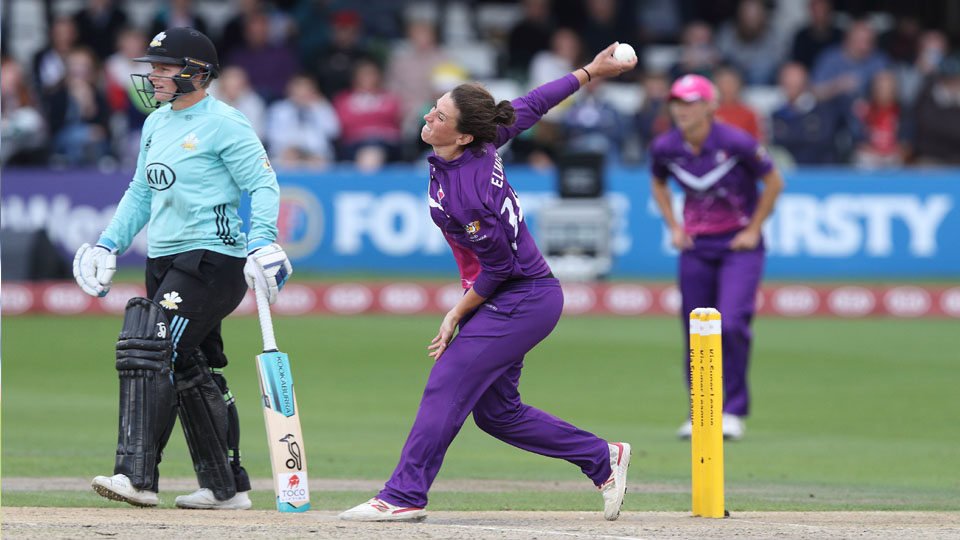 Lightning face Surrey Stars on Thursday for their fifth KSL bout. The match starts at 2:30pm away in Guildford.

The last time the teams faced one another was last year’s KSL final where Lightning ended up on a difficult second place finish having topped the league format winning seven of ten fixtures.

Surrey Stars have had the slightly better start to their title defending season starring in the top half of the table with wins over Thunder, Diamonds and a rain affected match with Vipers adding to their total.

Whilst Lightning have had a difficult start to the season conceding two matches against Storm and a heart wrenching loss against Vipers where the side were a few runs short of taking the win. An eight-day stint on the road has so far produced a bonus point win against Diamonds and the side will be looking to replicate this success for their third fixture away from Haslegrave.

“Obviously surrey becomes a big opportunity now, we can still go away from this road trip winning two out of three. We know how Surrey are going to play, they have some similar players to storm, they're going to go hard at the top with the powerplay and make the most of making the field being up and you know we just need to be clear on how we're going about things and how we're going to execute that stage of the game so we can get the squeeze on the middle which is one of our strengths.

I think if we can start well and get into the contest whether it is with bat or ball it'll set us up nicely for that game.

I said to the players in changing the rooms yesterday, we've still got so many games left, we've got two games this week, if we win both of those, we would have won three and lost three with that we can start to build a bit of momentum, so Thursday is very much about us responding to yesterday's performance and putting in a really strong show that allows us to get that win."