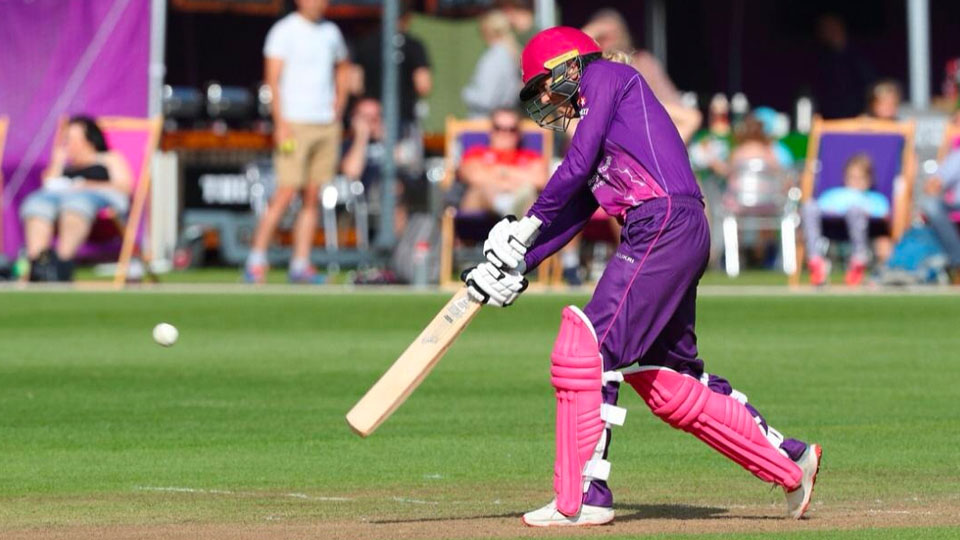 Thunder star multiple Loughborough University students including Ellie Threkeld who scored 52 against Yorkshire Diamonds on Friday. Threkeld is joined by Sophia Dunkley, Georgie Boyce and Alice Dyson who are all currently studying at Loughborough.

Playing the match at Nottingham’s Trent Bridge stadium, both sides have nothing to lose with Lightning having qualified for Finals Day and Lancashire Thunder sitting bottom of the table. Thunder will be attempting to take their first win of the KSL whilst Lightning will want to continue the momentum they’ve been building into the final week of the competition where they will face Southern Vipers on Wednesday before their semi-final clash  on Sunday 1stSeptember.

Make sure you come down and support!

Similarly, Jenny Gunn is yet to play at her home ground and can't wait for the opportunity to join her father and brother in the history books.

In years @GunnJenny is yet to play at @TrentBridge, so the Nottinghamshire born player is eagerly awaiting tomorrow's double header!

Sunday's match is part of a two match special hosted at Trent Bridge with Nottingham Outlaws playing at 3:30pm against Yorkshire Vikings.