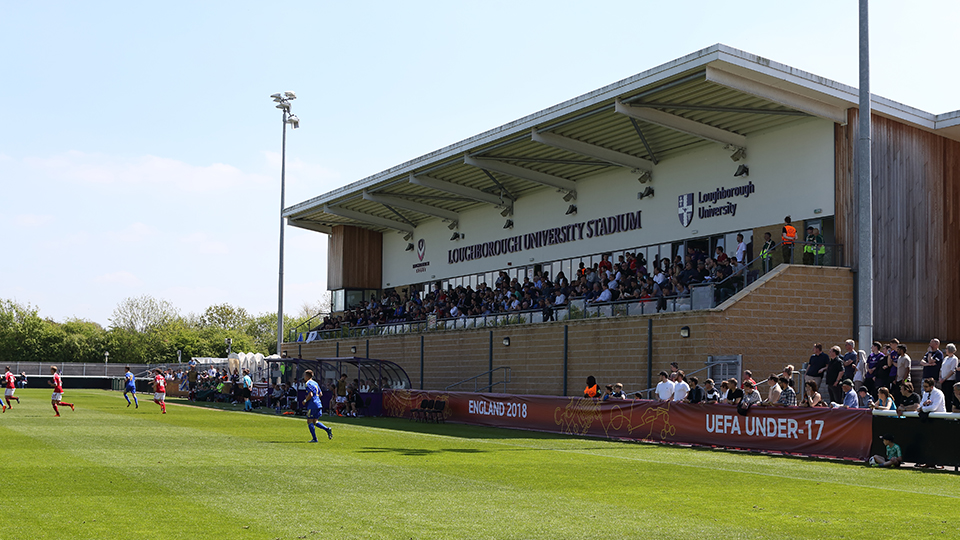 The next wave of football talent is coming to Loughborough as the University plays host to The FA Women’s Super League (WSL) academy finals.

On Sunday 21 April, both the WSL Plate and Cup finals will take place on campus at the University Stadium.

The first game, kicking off at 12:30pm, will see Liverpool FC Women take on Bristol City Women in the Plate final, followed by Arsenal Women v Manchester United Women in the showpiece Cup final at 3:30pm.

“As a University we are placing great importance on the women’s game as the sport continues to go from strength to strength and gains popularity at a staggering rate. It’s no secret that we’re in a far better place than many other countries in Europe, and it’s this wave of new talent which will help that upward trajectory. We’re sure academy finals day will be a great day out for all the family and will also inspire the next generation.”

“The first ever WSL Academy season is building to a magnificent end and its fantastic that as a Dual Career Academy, our showcase day is taking place at such a fine facility in the Higher Education sector. Loughborough University are magnificent hosts and we know it’s a superb place to hold our Finals Day, a day where we hope many young players from the East Midlands and indeed from across the country, will join us and hopefully be inspired to progress both their footballing aspirations alongside their Academic potential, just as those in the WSL Academy are hoping to do.”

To mark Easter Sunday, The FA will also be giving the first 200 U16s spectators a free Easter egg, with entry free of charge.