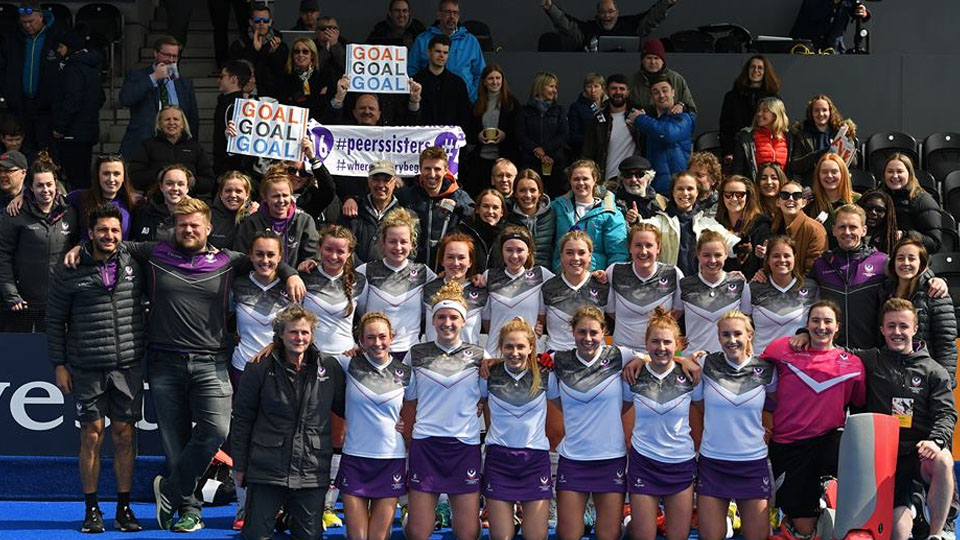 Last weekend, Loughborough Students’ women’s hockey side capitalised on their current form winning the BUCS North Premier League and the Championship Cup gaining promotion to the Investec Premier Division, the pinnacle of club hockey in the country. The last time the student side were in this league was in 2000, arguably the year of, if not before the birth of most of the current squad.

The student side won their Northern Division comfortably winning 16 of 18 fixtures six points ahead of second place Leicester. Winning the division, the side entered the promotion play-offs structured as a three-way tournament facing Slough, Stourport and Hampstead & Westminster across two weekends.

In the first round Loughborough eased through taking maximum points. A loss in the second made for an exciting promotion decider against relegation fighters Slough. The students in this must-win match had to win by a two-goal advantage to secure the promotion.

Despite the comfortable 3-0 scoreline, the fixture was a close endeavour with Miriam Pritchard keeping the students in the game-saving multiple shots. Miriam’s performance was the difference between going up or staying in the Conference North as Loughborough’s keeper only let a couple of goals in across the tournament. This was crucial, as the side won their promotion spot based on two wins and the all-important goal difference that set them above the rest.

“ What an exceptional achievement! After being rock bottom of the league 18 months ago, this group of players are special, likewise, the staff and supporters. Going into this season we spoke about belief, resilience, and being relentless.  The players could not have shown more of these qualities after suffering a crushing 1-0 defeat in the final 4 minutes of the second game, our only loss of the season. The reaction facing unbeaten Slough is one that will be one to remember for years to come- measured, relentless and mature beyond their years. I’m very fortunate to work with such great people and I’m excited for the new challenges that lie ahead.”

Overall, it’s been a fantastic year for the women’s program as they continue their prowess into next season, as the top-ranked team going into the new BUCS Premier league and contenders in the Investec Premier Division.

Also, playing at the highest elite club level across both Wednesdays and weekend matches provides an incredible opportunity for potential sponsors to get involved and support the hopeful future faces of England Hockey.

For more information on how you can sponsor click here