Shaw swaps Bath for Loughborough ahead of 2019 Netball Superleague season 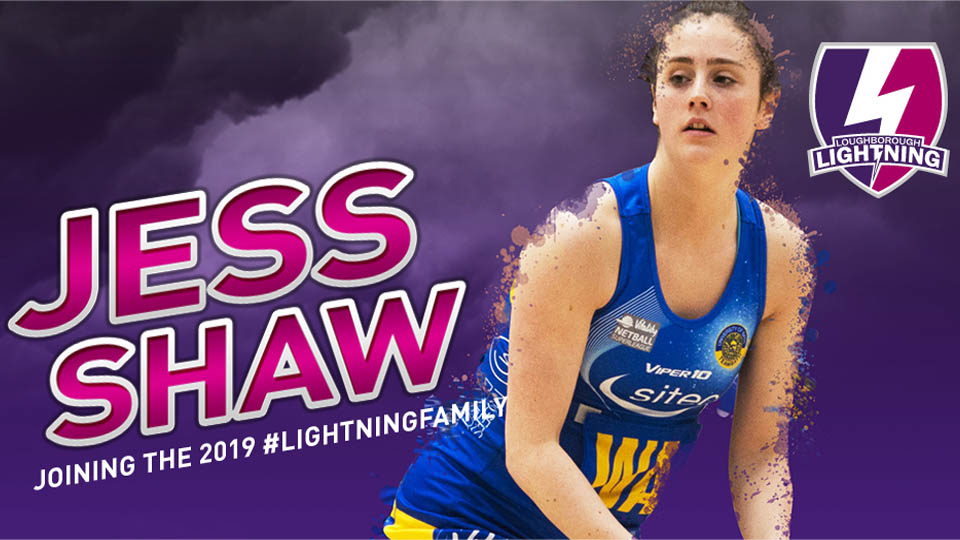 Still just 22 years of age, Shaw’s experience outweighs her age, the wing attack/centre having been part of the England full-time and Futures programme over the last couple of years. Having mixed international netball with domestic competition, Shaw’s career highlight to date is winning bronze at the Netball World Youth Cup last year, alongside Vicki Oyesola.

Coming from a strong netball family, with older sister Rachel playing for Team Bath, Shaw played for England at U17, U19 and U21 level and will look to continue her development at Lightning.

On her decision to join Lightning, Shaw commented:

“I can’t wait to start a new adventure with Loughborough and to get started with the girls. I’m super excited to be coached by a number of quality mid-court coaches who are going to bring my game on massively!

“Bath have been great with me the past couple of years and I’ve learnt a lot from Anna and Jess, which I will always be thankful for, but a new challenge awaits and I can’t wait to get started.”

“We’re delighted to secure the signature of Jess Shaw. With so much experience at Superleague level she will make our attacking midcourt options amongst the strongest in the league. As a creative and exciting player I’m sure the Loughborough fans will love watching her play.”