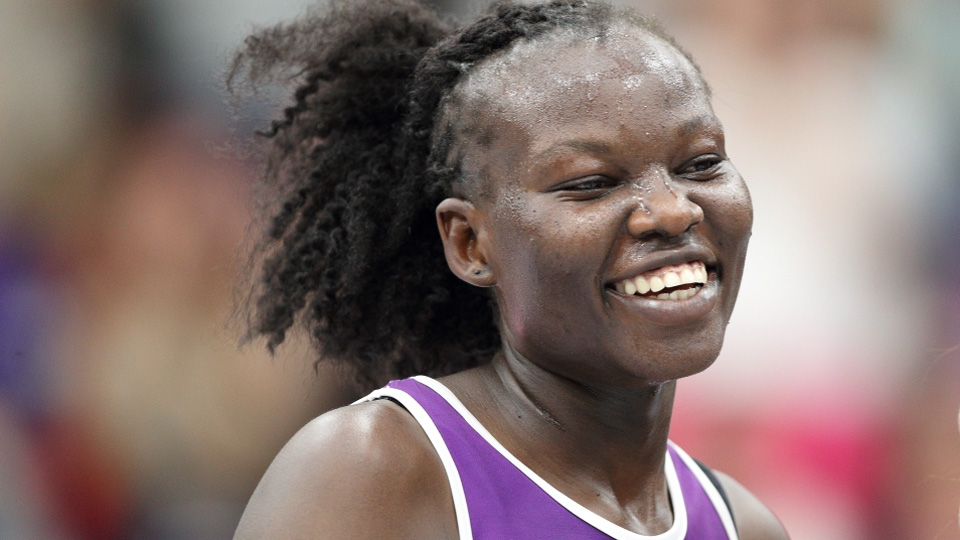 Loughborough Lightning can today confirm that Peace Proscovia will be heading for pastures new once she has finished her MSc at Loughborough University this autumn.

Widely regarded as the best goal shooter in the world, Proscovia is heading down under to play for another Lightning side in the form of Sunshine Coast Lightning, whilst also furthering her studies by undertaking a PhD at the University of the Sunshine Coast.

It is with a heavy heart that the Ugandan will leave Lightning, having been an inspiration to many during her four year stint in Loughborough, helping the side to two Superleague Grand Finals and a memorable Fast5 triumph. What’s more, Peace was also named Player of the Season, Player’s Player of the Season and Goalden Shooter at last season’s VNSL awards.

Off the court Peace has shown it possible to achieve in anything with the right application, completing her Marketing MSc whilst also being a role model for young women in Africa to step out of the shadows and achieve their full potential.

Proscovia also captains her country, leading by example as Uganda qualified for their first Commonwealth Games and achieved an impressive sixth place finish. What’s more, Peace was also named as her country’s flagbearer for the Opening Ceremony, a huge honour for any athlete.

“I really have no words to discuss my gratitude towards Loughborough University – they have made me what I am today. The staff are amazing and have been so dear to me, pushing me up to this level of a Masters, which has been a very tremendous move in my life and I am so grateful.

In an emotional farewell message to fans, Proscovia added:

“But I also know that I have to challenge my ability and face the world where I have never faced it. I am going but my decision was a heavy one to make. I had to take a massive step of thinking to leave Loughborough but I will forever remember Loughborough as long as I hold my breath within me. I love Loughborough and will always love Loughborough.”

Commenting on her impact both at Loughborough and on netball across the world, Loughborough Sport’s Executive Director John Steele added:

“Peace has been a shining example of what you can achieve in both sport and academia with the right passion, determination and an open mind. I am proud of the skill displayed by our coaches and staff who recognised and developed her talent. Her impact, not only on Loughborough Lightning, but also on netball in England, has been huge.

“I hope that she can be an inspiration for other student-athletes, no matter what their background, to strive to achieve their potential in all areas of life. We thank her for all she has contributed and wish her every success in her future down under.”