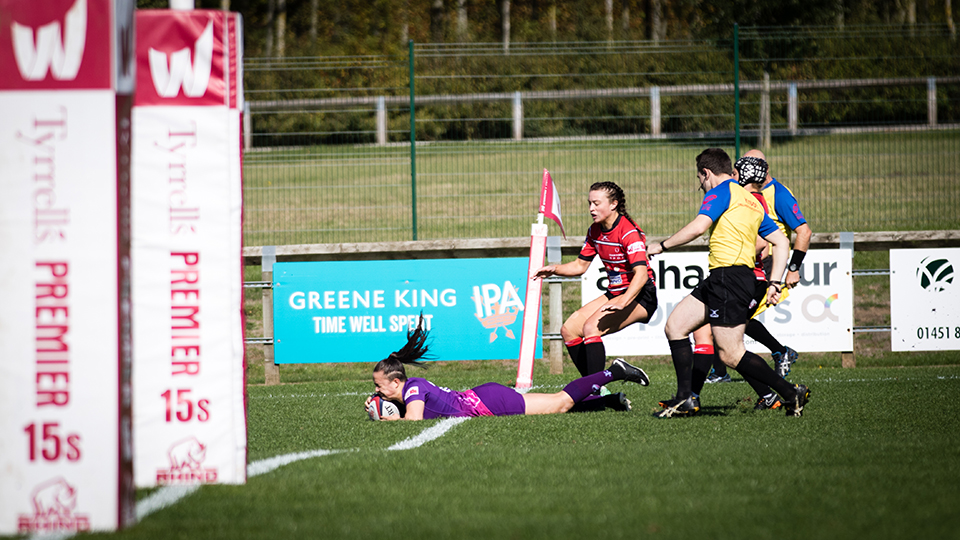 Lightning travelled away to Harpury College to play Gloucester-Hartpury Women for a 1pm kick off.

Lightning scored early with Alejandro touching down after a dominant first few minutes for Lightning. Hartpury started to find their feet and in the 16th minute a cross field kick let them get their first points on the board, a successful conversion followed.

Hartpury then started to dominate the 1st half with two quick tries in the 23rd and 27th minute. Lightning replied well with the forever present Carys Williams touching down after some great hands. Hartpury then answered back with a try of their own, and with a successful conversion led Lightning 28 – 10. However, a try just before the 40-minute mark gave Lightning an extra 5 points going into the break.

Lightning started the second half brightly and were rewarded with both Lucas and Jones scoring to bring Lightning back into the fold. The game then calmed down with both teams testing each other's defences. It was Hartpury who scored next following a yellow card to Lightning to make the score 33 – 27 in their favour.

Lightning retained possession from the kick-off, and after several penalties and a yellow card to Hartpury, Lightning had a scrum on Hartpury’s 5m line in the final play of the game. A fantastic drive with the ball controlled well lead to a penalty try, seeing Lightning win 41 – 40. This one will go down as a classic.

Lightning are next in action on the 13th October at Loughborough Universtiy agaisnt Bristol Bears. For more information click here