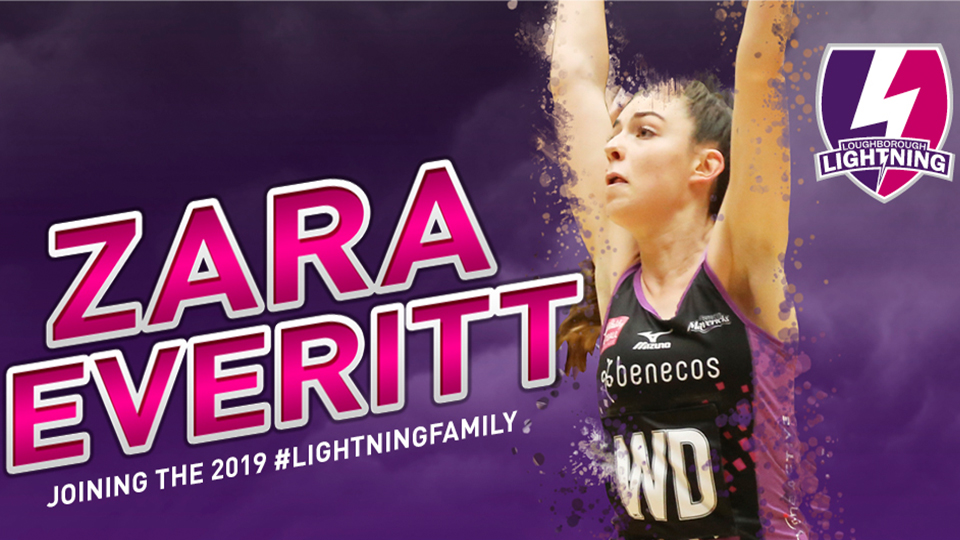 Zara Everitt has today been confirmed as Loughborough Lightning Netball’s second new summer signing, following in the footsteps of Jess Shaw, who was unveiled yesterday.

With captain Nat Panagarry and her England teammates Ella Clark, Hannah Joseph and Vicki Oyesola all extending their stay with the Loughborough University side, Everitt is the sixth player to be confirmed in Head Coach Sara Bayman’s squad for the 2019 Vitality Netball Superleague season.

Joining Lightning from benecos Mavericks, Everitt adds strength to the defensive unit, the 18 year old able to operate at both goal defence and wing defence. Having played for Mavericks for the last two seasons, making her debut at just 16 years of age, it is all change for the talented youngster in 2018 as she also embarks on her first year of Law studies at Oxford University.

Previously part of the England Futures programme, Everitt has a bright future ahead of her, especially having shown leadership qualities when captaining the England U19 side during their tour in New Zealand.

On the prospect of pulling on the famous purple dress, Everitt said:

“I’m really excited to start training with Loughborough Lightning and get ready to take on the 2019 Superleague season. Lightning have proven themselves to be a competitive squad and I can’t wait to become part of it, and take on this new challenge!”

“Zara comes to Loughborough on the back of an excellent season with Hertfordshire Mavericks. She joins a young, ball-hungry defensive end which promises to be electrifyingly quick. The excitement around Zara is about how good she is already, whilst still so young - she has the potential to be a breakout star of the league.”