Coleman caps off week of signings 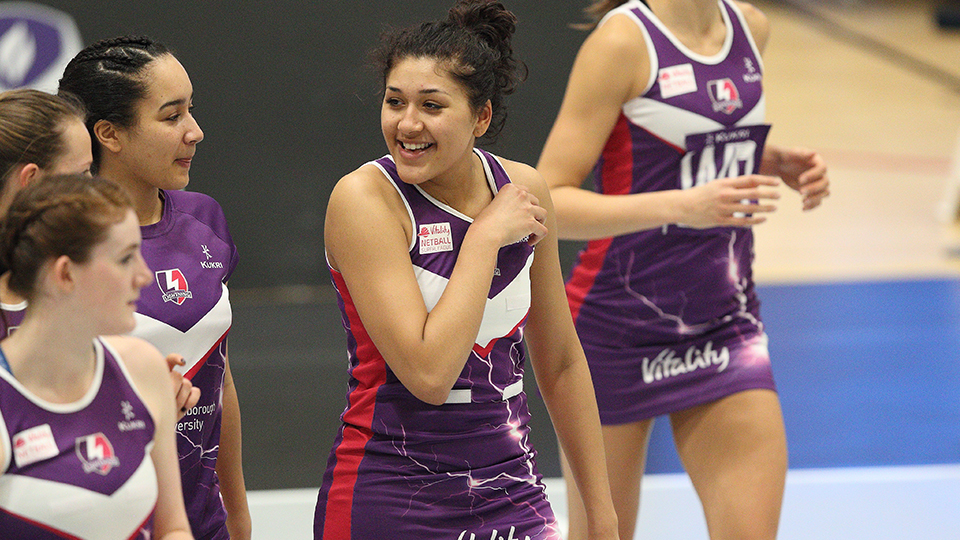 Young shooting star Britt Coleman is the final signing of a week of high activity within the Loughborough Lightning Netball camp, as the Loughborough University side finalise their squad ahead of the Vitality Netball Superleague season, which kicks off in January.

The 20 year old, who can play at both goal shooter and goal attack, has been a mainstay within the England age group set up, playing at U17, U19 and most recently U21 level. Most recently Coleman

played her part in Lightning’s Grand Final charge in 2018 where they narrowly missed out on the title for a second year running.

2018 was a welcome return to court for Britt, who missed the 2017 Superleague season and England’s U21 World Youth Cup bronze medal due to an ACL injury picked up last January. Now back to her best, Britt will embark on her fourth season with Lightning and will play a key role in helping the side try and make it third time lucky in their bid to be crowned Superleague champions.

Coleman is the seventh Lightning player unveiled in the last week, with captain Nat Panagarry and her England teammates Ella Clark, Hannah Joseph and Vicki Oyesola all extending their allegiance to the franchise. New signings have come in the form of Britt’s England age-group teammates Jess Shaw and Zara Everitt.

On re-signing for Lightning, Britt said:

“I’m really excited and intrigued to see what the 2019 season will bring for Lightning. There have been quite a few changes, but that being said the main bulk of the squad remains the same. I can’t wait to get stuck in!”

On retaining the services of the U21 international Head Coach Sara Bayman said:

“I’m delighted to have Britt back in Lightning colours for 2019. Last season people were able to see glimpses of the creativity and accuracy Britt possesses, and this season she has a huge opportunity to establish herself within the starting seven.”

Season Memberships go on sale on Monday 1st October, so watch this space.