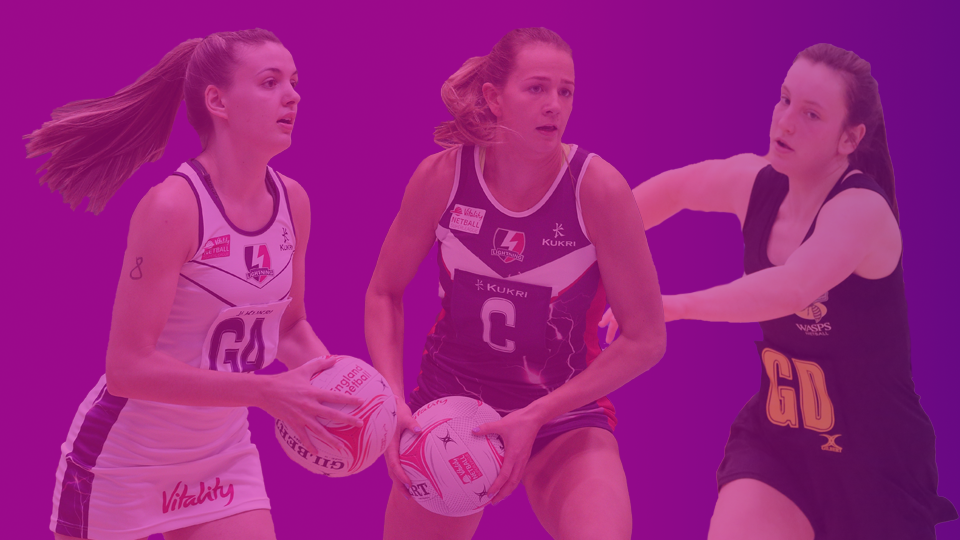 Loughborough Lightning can today confirm that a trio of young talent has been added to their roster for the upcoming 2019 Vitality Netball Superleague season.

Joining the squad from the Wasps U21 setup is England U19s defender Annabel Roddy, who makes the move to purple to not only continue her development in the sport but also to undertake an English degree at Loughborough University.

Hoping to gain her first taste of Superleague action this season, Roddy aims to follow a similar path to her new teammate Vicki Oyesola, who also came to Loughborough Lightning to combine her studies and playing career, landing her first cap for the England senior inside twelve months.

Of her switch, Roddy said:

“I’m so excited for this opportunity and my first taste of the Superleague. I can’t wait to get started with the team and for the season to begin.”

Also combing her studies with her netball is Rosie Harris, who returns to the Lightning side for her second season. Currently in the final year of her Loughborough University Geography degree, Harris has also featured in the England age group set up whilst moving up through the ranks with Lightning. A prominent mid-courter with experience in both Lightning’s U21 and Superleague squads, Harris makes a welcome return to the new-look squad this season.

“I am really looking forward to my second season with Loughbrough Lightning. Being able to study for a degree, whilst still playing top level netball has been a dream come true.”

The final piece in Lightning’s trio of talent comes in the form of Lucy Parize. Having just last week claimed gold at the Netball Europe Championships with the England U21 side, Parize is no stranger to the Lightning set up will make the step up from U21’s to Superleague this season. Parize has impressed the coaching staff with her talent and presence within the shooting circle, and will now look to use her recent achievements with fellow teammates Vicki Oyesola and Amy Clinton to her advantage on court.

“I'm really excited to be given the opportunity to wear the purple dress for the 2019 season. It'll be great to work with both experienced Lightning players and new faces in the team this year and I can't wait to start cementing the combos in training and showing the Lightning fans what we've got in our performances on court.”

Head Coach Sara Bayman was keen to share her delight in the latest announcements:

“It’s great to have some of the top young talent in England at Lightning. They each have a huge amount of potential and will be looking to put pressure on senior players for court time. The aim is to create a fiercely competitive training environment where everyone has to fight for a place on court. These young players are crucial to that and quite rightly will want to grab every opportunity this year.”

With this trio of announcements bringing Lightning’s 2019 head count to thirteen, we now look towards the upcoming British Fast5 All-Stars competition which takes place this Saturday. Having secured the title in its inaugural year, Lightning have their sights set on defending that title this weekend. Keeps your eyes peeled on Tuesday for our squad announcement.