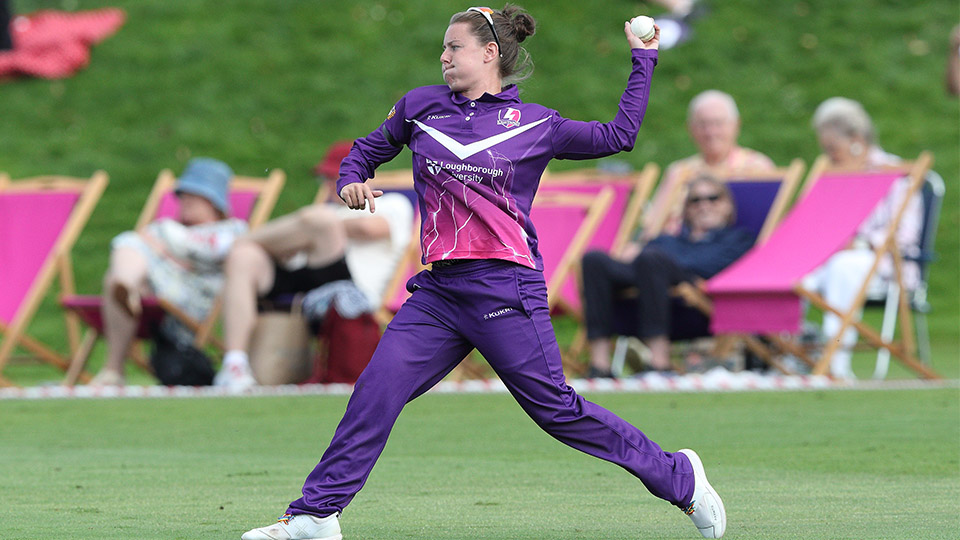 Current Loughborough students Kirstie Gordon and Sophia Dunkley have been named in a 15 strong England squad that will go for glory at the ICC Women’s World Twenty20 in the West Indies next month. Joining the pair, who will make their England debuts, are eight alumnae plus Lightning player Jenny Gunn, meaning almost 75% of the squad have a Loughborough connection.

Alongside Gordon and Dunkley, Loughborough Lightning Cricket spinner and University alumna Linsey Smith is also rewarded for her fine summer form with her maiden call-up at senior international level.

Speaking about her inclusion, Smith commented:

"I’m absolutely delighted to have been selected for the England squad. It’s been a dream of mine to play cricket for England since I started playing 15 years ago, and to potentially do this in a World Cup is an incredible feeling. I was fortunate enough to have a good KSL with Loughborough and I thank the whole team there for the part they’ve played in this."

Commenting on her selection, Gordon said:

“I’m delighted and shocked to be included in the World T20 squad. When I signed for Loughborough Lightning I didn’t even know if I would make the starting 11 so to have this news now is incredible! I’m so excited to get out there and hopefully play my part in a successful campaign.”

Eager to impress during final preparations at Loughborough University over the next month, all eleven ladies will be hoping to be selected for the first match on Saturday 10th November against Sri Lanka.

“I’m so pleased that Sophia, Kirstie and Linsey have all been selected to represent England at the upcoming World Cup. They have all had excellent summers and they are now seeing the returns for all the hard work and performances they have put in. Playing in a World Cup is something they will never forget and it’s a great opportunity for them to showcase their skills in the biggest global event there is.”

England will be looking to add the T20 crown to the ICC Women’s World Cup title they won on home soil last summer, Anya Shrubsole claiming the important final wicket to beat India by nine runs.

More details can be found here