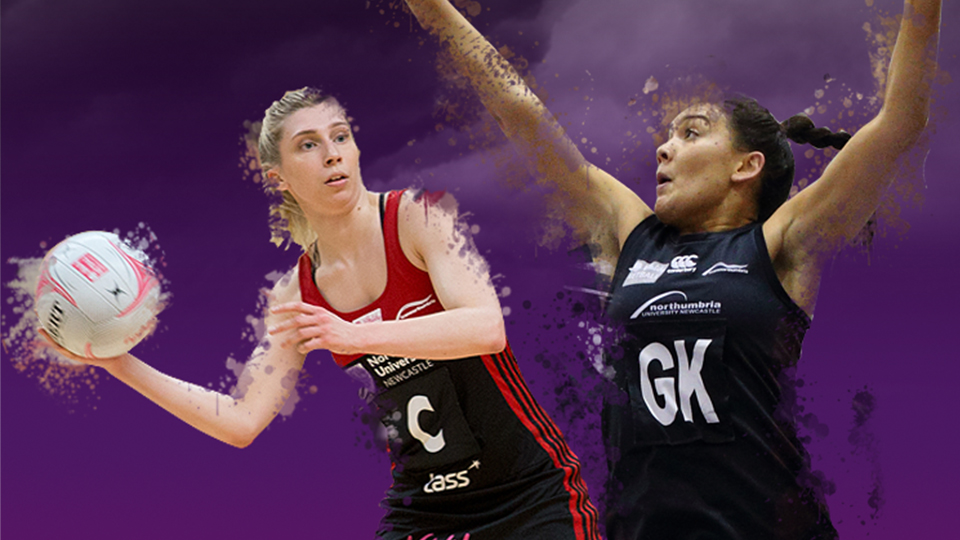 Loughborough Lightning Netball are pleased to announce that dynamic duo Emily Hollingworth and Tuaine Keenan will join the side ahead of the 2019 Vitality Netball Superleague season.

Making the move from Team Northumbria, who will not be contesting the Superleague in 2019, 21 year old centre court player Hollingworth will further strengthen Lightning’s mid-court option. Originally from Huddersfield, Emily’s playing career began at Yorkshire Jets where she was a regular feature in the NPL side, before gaining international level experience in the England age group pathways, most recently at U21 level.

Having resided in Northumbria for the past three years whilst studying for her undergraduate degree, Hollingworth had a mixed experience, featuring heavily in her first year before missing a year due to an ACL injury. Last season she cemented her place back in the side before choosing to embark on a new adventure this season with Loughborough Lightning.

Of her move, Emily said:

“I’m really excited to be part of Loughborough Lightning this year - we’ve got an awesome bunch of girls and with Sara’s experience I think we can do some great things in the league. I’m certainly looking forward to the new challenge.”

Joining her in the new look Lightning side is fellow teammate Tuaine Keenan, who at 26 years of age also brings a wealth of knowledge and experience to the side. Of Kiwi origin, Keenan has been competing in the Superleague since 2013 with a stint at Yorkshire Jets before moving to the North East. A dominant circle defender, with experience playing in both hemispheres, Keenan will balance her netball with a teaching career.

It may be said that netball is in Keenan’s blood given her mother, Te Aroha Keenan, was a Silver Ferns player herself, as well as Head Coach for Team Northumbria over the last few years.

Having already settled into life in the East Midlands, Tuaine said:

“I’m loving being a part of and working with everyone at Loughborough Lightning. It’s been amazing to be given the opportunity to come back from a year out with injury and join such an exciting team. I can’t wait for the season ahead! ”

Head Coach, Sara Bayman, is delighted to add yet more talent to her growing side, commenting:

“Tuaine has shown her ability to compete with the best shooters in this league and win ball at crucial times for her team. She is an extremely smart player who positions herself well and has excellent footwork. Her experience and differing style provide us with options around our defensive game plan. Emily has an excellent defensive game and provides the team with flexibility across the midcourt options. She is an exciting player who has flown under the radar in recent years but has all the attributes to do great things this season.”

Hollingworth and Keenan join a rising roster of players with more to be added to the mix in the coming days.

You can catch the girls in action for the first time this season at our pre-season Tri-Tournament which takes place on Saturday 10th November. Tickets are on sale now so secure your seat now.