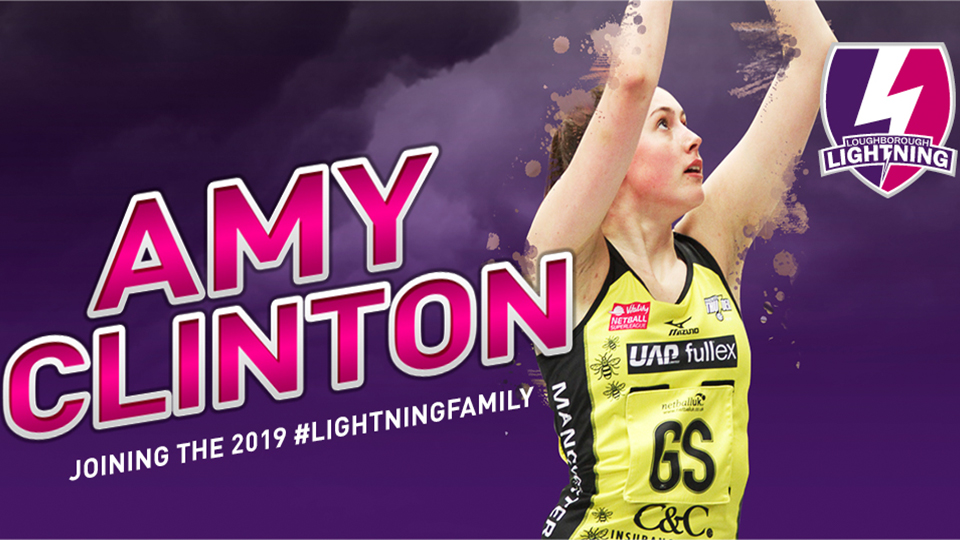 Loughborough Lightning Netball have added another new recruit to their roster today, with Amy Clinton confirming her move to the side from Manchester Thunder, ahead of the 2019 season.

Despite being just 21 years of age, Clinton boasts a stellar playing career having competed in the Vitality Netball Superleague for the past three years whilst also representing Manchester Thunder at all three age groups in NPL.

Also proving herself on the international stage, Clinton has represented England at U17, U19 and most recently U21 level and brings with her a wealth of honours including a Bronze medal from last year’s Netball World Youth Cup.

Clinton will now make the move to Loughborough Lightning for 2019 after donning the purple dress in last year’s U21 closing tournament. She will look to combine her training at Loughborough University whilst continuing with her academic studies in Accounting and Finance at Manchester Met University.

Of her move, Clinton said;

“I'm super excited to be signing for Lightning this year. I can't wait to make new connections within the squad and learn from new coaches.”

“I’m delighted that Amy has chosen to join Loughborough Lightning, she is a tall, accurate shooter that is proven at Superleague level. Amy will provide our shooting end with a different option and her enthusiasm and willingness to learn make her a great fit for the Lightning environment.”

Clinton and the Lightning side will be in action in just over a month’s time when they take to the court for their first pre-season clash on 10th November, welcoming Strathclyde Sirens and Team Bath to campus.

Tickets are on sale now and if bought before 31st October, fans will receive a ticket to the second pre-season fixture absolutely free.