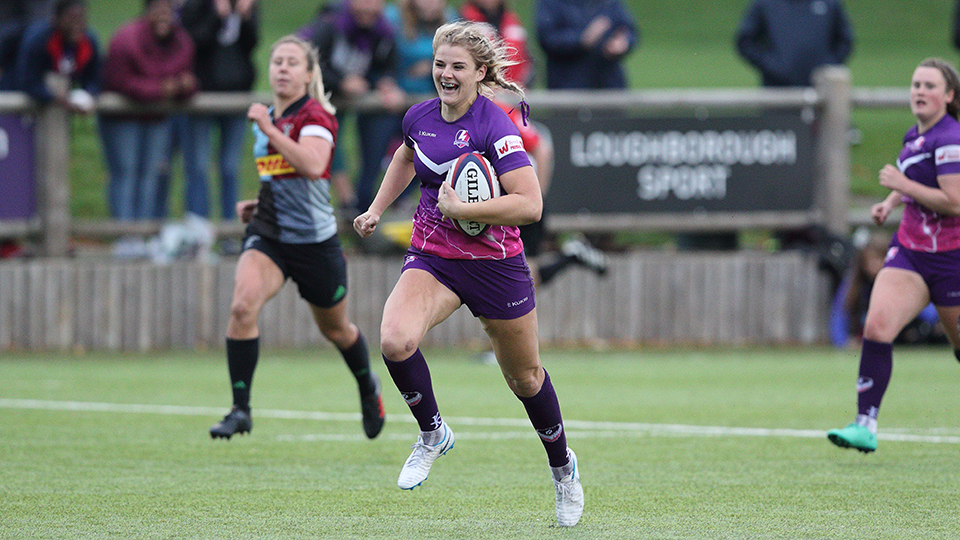 For Lightning players Carys Williams and Katy Daley-Mclean, Friday will be a momentous day, with the duo reaching international milestones.

For Williams, the Red Roses’ opening Quilter Internationals Test against USA Women at Allianz Park will mark her first England appearance, whilst Daley-Mclean will win her 100th cap.

It has been a fantastic start to the season for Lightning’s Williams, who has played a vital part in most of Lightning’s games this year. A constant threat on and off the ball, she has led Lightning’s defence, putting in try saving tackles and crossing the whitewash 3 times.  It has been performances like these that have impressed England Head Coach Simon Middleton and earned her the opportunity for her first England cap.

From first to 100th, Katy Daley-Mclean is no doubt one of the greatest women’s players the game has ever seen. In her first season for Lightning, Daley-Mclean has shown why she deserves her 100th cap, with her quick decision making, exceptional skills and commanding play, which has been pivotal to Lightning sitting top of the Tyrrells Premier 15s table.

It’s a remarkable achievement to get 100 caps for your country, especially considering she took time out in the sevens programme to represent Team GB in the Olympics. She has everything; an accomplished skillset, ability and a thorough understanding of the game. Katy is a great asset to England, a natural leader and an inspirational player. She knows how to inspire a team and is a great on-field motivator.

Just looking ahead to the international this weekend, it is great to have five Lightning girls involved. It’s great to see Jo Brown starting at six, she has been abrasive this year and we are starting to see some real quality physicality from her. Both Sarah Hunter and Cath O’Donnell who are on the bench are two players that are on top of their game, with Cath being one of the best forwards in the league week in week out, making line breaks for fun. There is no better professional than Sarah and her game has gone to another level this year, not just the little things but big line breaks and continuity as well.

Katy Daley-Mclean has just shown that her game management is just second to none and seeing her earn her 100th cap is a huge achievement and a great reward for somebody of her ability. It’s great to say she is a Lightning player and we can help her on the next part of her international journey.

For me Cary Williams deserves the big shout out. Her journey in the past 18 months since joining Lightning has been spectacular. She is somebody that had a bit of promise but didn’t ever realise where she could go with it. She has trained exceptionally hard and it has paid off. Her leadership has also improved with her being our defensive leader as well as one of our senior players and seeing her thrive and perform in the league has been exceptional and it’s a just reward that she has been selected for England.

Make sure you catch the action on Friday at KO 7.30pm, live on Sky Sports Arena. Get your tickets for the Quilter Internationals Test here and support the team on social media by using #RedRoses