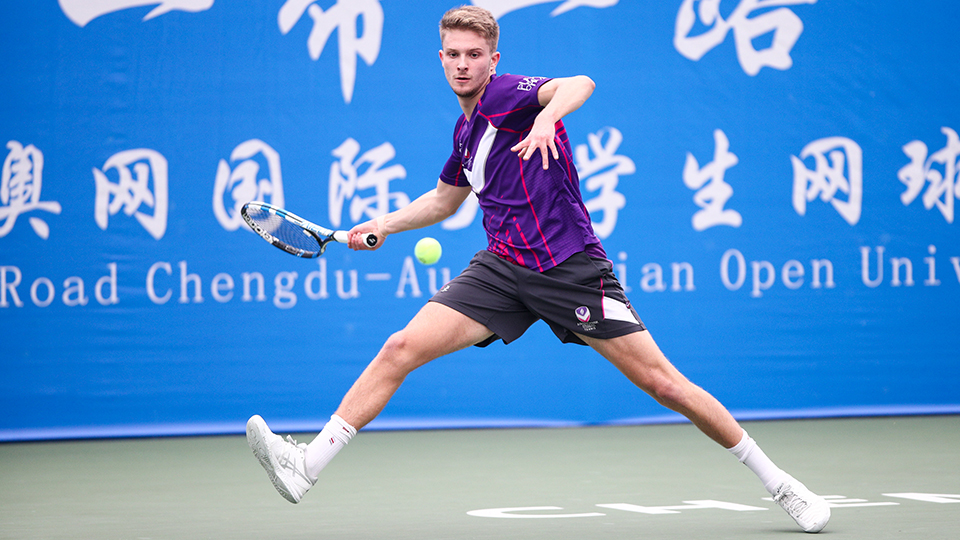 The British Tour Masters will return to Loughborough University Tennis Centre for the third time next week, with some of Britain’s top players likely to serve up some high-level tennis.

This season ending event, which is similar to the ATP/WTA Tour Finals, will take place from Thursday 6 – Saturday 8 December, with players qualifying from their performances on the British Tour throughout the year. With a total prize pot of £9,400 up for grabs, including £1,500.00 each for the men’s and women’s winners, the tournament should prove a great spectacle.

It has been a landmark year for tennis at Loughborough University, with the institution hosting the ATP Challenger $100,000 in May, and an ITF Pro Circuit men’s $15,000/ women’s $25,000 event in February. The momentum will also run into 2019, when the new Loughborough University National Academy opens its doors, one of just two new LTA Academies that are set to develop the next generation of tennis stars.

Back to the British Tour Masters the men’s player list is headed up by Neil Pauffley, who has five pro singles titles to his name and will bid for a third British Tour Masters title, having won in 2014 and 2016. Jack Findel-Hawkins is the second highest ATP ranked player in the draw and he returns to Loughborough having won the Premier Tier event at the University at the start of 2018, whilst current Master’s champion, Sean Hodkin, looks to retain his title. In total there are seven ATP world ranked players in contention for the title, including Loughborough student Michael Shaw, who is joined in the draw by his University teammates George Foster and Jo Newman-Billington.

The women’s event is headed up by Sam Murray, who has been world ranked as high as 165, and competed in the singles main draw at Wimbledon in 2013 and 2014. Murray will be in Loughborough looking for her second British Tour Masters title, having been crowned champion back in 2011. With 2017 Masters champion Nell Miller in the USA, and unable to return to try to retain her title, 2017 runner–up Victoria Allen will be trying to go one step further at this year’s event, whilst world ranked Ella Taylor will also be a strong contender for the title. 17 year old, Andre Lukosiute won the 2018 Women’s Bonus Pool, capturing four titles across the circuit, including two of the last three events, so will arrive in the East Midlands in a rich vein of form.

Ahead of the event Tournament Director Richard Joyner said:

“We are really looking forward to staging the Masters at Loughborough University for a third time. Last year’s British Tour Masters was well supported, and we are hoping for some more great support over the three days.”

Play at Loughborough starts 10.00am on Thursday and Friday, with the singles finals scheduled from 10.30am on Saturday 8 December. Entry for spectators is free of charge, with court side seating available on Saturday.