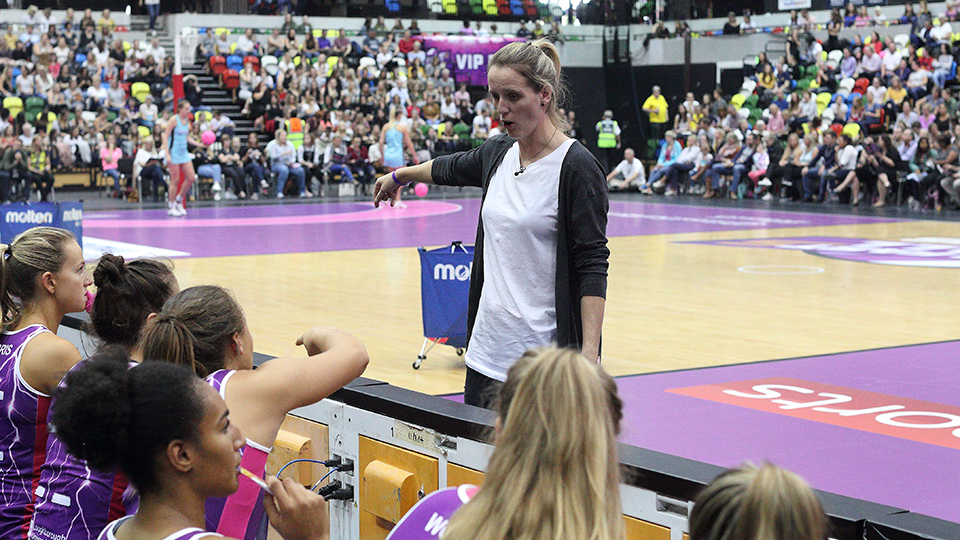 Loughborough Lightning Netball are proud to unveil their full coaching line-up for the 2018-19 season, with a full pathway of teams competing from U15 to senior level.

The marquee Lightning side that plays in the Vitality Netball Superleague (VNSL), which kicks off on Saturday 5 January, will be led by new Head Coach Sara Bayman, who took up the reigns back in September.

Bayman has a wealth of international experience, being one of England’s star players and captains over the last decade, but this will be her first major coaching role. That being said she couldn’t ask for better support staff, with fellow former Roses captains Olivia Murphy as Assistant Manager and Lightning legend Karen Atkinson MBE returning to the franchise in a coaching mentorship capacity. That trio have over 300 international caps between them, so know what it takes to ensure success on the court.

Heading up the Lightning Academy, which encompasses every Lightning side other than the VNSL team, is Vicky Burgess, yet another name with international honours, having played in the England mid-court at U21 level, claiming a silver medal at the World Youth Championship in 2005. Whilst taking on the role of the University BUCS (British Universities and Colleges Sport) first team, Burgess will also lead the development and strategy of the U21s, U19s, U17s and U15 sides, as well as joining Bayman on the bench to form part of the formidable VNSL coaching team.

Coaching the age group sides will be Francine Hall and Louise Hopkin (U21s), Sam Griffin and Lyn Winkworth (U19s), Alex Styan and Donna Swan (U17s) and Kelly Washington and Vanessa McErlain-Naylor (U15s). The quartet of coaching duos possess a great range of experience, having played and coached at the highest level of domestic competition in the VNSL, BUCS and NPL.

“We are delighted with the netball coaching team we have put together here at Loughborough University, and have every faith that the personnel involved will ensure the continued success of Loughborough Lightning. Sara’s appointment was a key one for us; with the support structure we have in place around her, we believe we have an extremely dynamic support team, operating in a world leading environment, that is capable of delivering the success we are striving for.”

“It’s great to have such a high-quality coaching team for the 2018-19 season. We all have similar philosophies around how the game should be played, but bring different styles and attributes to the environment, so I’m confident that with great teamwork we will be highly successful.”

With the 2019 season looming, our coaches and players are all working tirelessly behind the scenes in pre-season ready to kick start the season with a bang. Catch your favourite Lightning stars in action at Loughborough University, ahead of the season opener, by securing your seats for one of our pre-season Tri-Tournaments.

Tickets available on the door