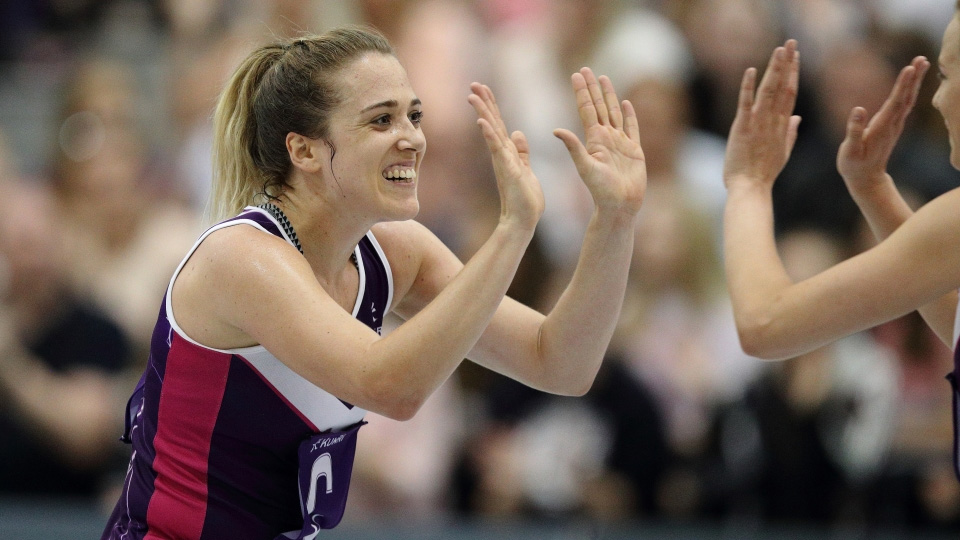 Looking ahead to this weekend’s clash with Severn Stars, Loughborough Lightning Netball captain Nat Panagarry’s comments speak volumes. The Loughborough University based side have attributed a large part of their success over the last two seasons to their incredible support, and the captain really highlights this.

For me, seeing the fans one last time is going to be great. Leicester Arena has been absolutely brilliant and it really is becoming our second home now, so we’re loving it and can’t wait for Saturday.

Last time out Lightning upset unbeaten league leaders Wasps with a comprehensive 60-47 win away at the Ricoh Arena, a performance that Panagarry and the team were very proud of.

We’re really happy – happy with our performance more than anything as we finally put out those four quarters we’ve been after. We got off to a great start and that was the one thing, going into the game, that we knew we had to do. Last time we played them we didn’t show up until the second half and we knew that wasn’t good enough, so it was a good test for us to see where we’re at compared to last time we played against them.

With form on their side and a lot of positive momentum behind them having won all seven of their games since the season resumed after the Commonwealth Games, Lightning are on track for a play-off place.

Hopefully we can get that top four spot but I don’t think it’s safe yet. We’ve got really tough fixtures coming up with Mavericks, Seven Stars and Bath, and a lot of away fixtures, so there are a few tough games against great teams with great players. We’ve got to keep our heads down, keep doing what we’re doing and take it once game at a time.

What has been the key to this good run of form?

It’s all about positivity. As a team we’re starting to gel more and more, and that comes from the coaching staff down as well. We’re such a tight knit group, so we’re going to stick together, push on and hopefully get the job done.