Lightning looking to take the sting out of Wasps tails 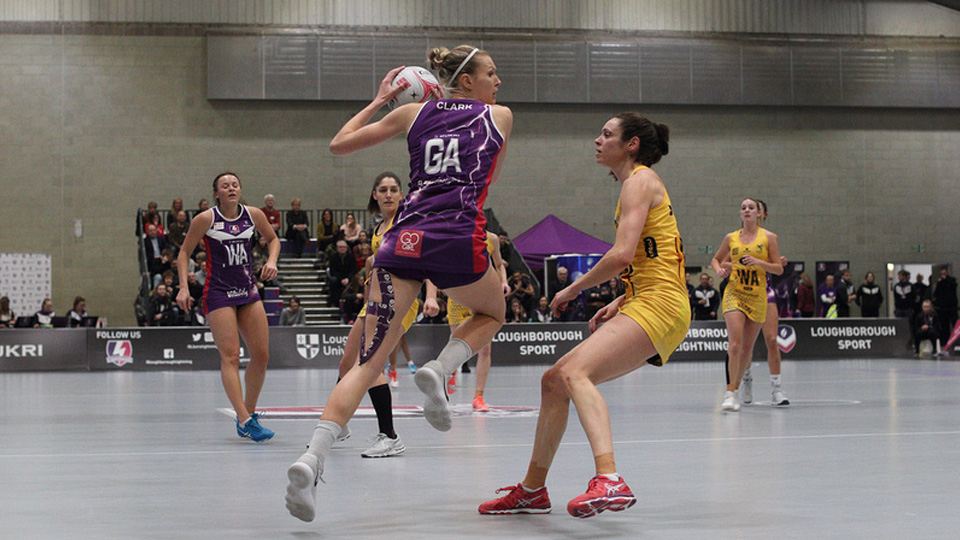 In-form Loughborough Lightning Netball travel to Wasps on Saturday 26th May, intent on causing an upset.

With the Midlands derby taking place at the Ricoh Arena, Lightning are determined to reverse a 49-60 loss at home to their rivals at the start of March. Wasps, who lifted the Grand Final trophy last season beating Lightning in the final, are sitting pretty at the top of the 2018 Vitality Superleague table, but the Loughborough University side are snapping at their heels.

With Lightning looking like a more cohesive outfit since the Commonwealth Games, Beth Cobden and Shamera Sterling returning with medals, the netballing world will expect this game to go down to the wire. Having dispatched of Celtic Dragons and UWS Sirens on the road last week, Lightning will be full of confidence when they make the much shorter trip on Saturday evening.

Looking ahead to the game Head Coach Anna Carter commented:

“We’ve got a big game coming up. What we’ve done really well over the last few weeks is to focus in training on what we’re about and what we need to do. We’d like to have a good go at Wasps; last time we didn’t turn up the first half so the plan of attack will be to start better, see where we are at half time and see if we can push on from there.

“Our plan for the week is that we usually spend Tuesday analysing ourselves, looking at how we played at the weekend, and then Thursday we look at the opposition. I feel we’re in a really good place and we’re just really looking forward to Saturday now and showcasing what we can do.”

Despite sitting second in the table, Lightning know they need to keep winning games to ensure their top four spot and a place in the Play-Offs. The Wasps game is the first big test, before the final home game of the season on Saturday 2nd June against Severn Stars.