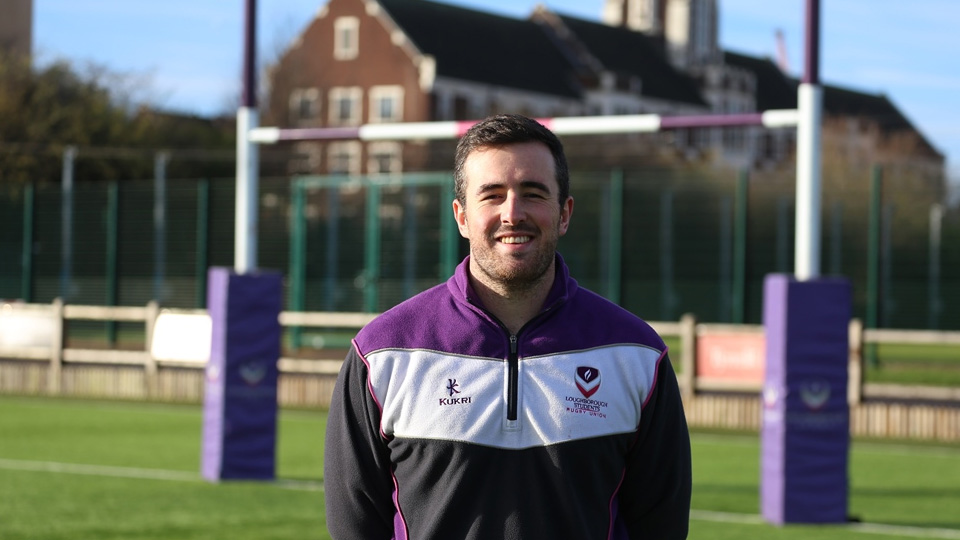 Loughborough Student’s Rugby Football Club can today confirm that Performance Coach (Forwards) Gareth Harris is moving on to pastures new this summer after an eight year association with the University.

Leaving to develop his business career, Harris has landed a role that allows him to continue in the game as Director of Rugby at West Midland’s Bridgnorth Rugby Club.

A former History and International Relations student, Harris was a key part of the Loughborough team that won promotion to National One during the 2011-12 season.

Having gone on to play professional rugby for Jersey, Harris unfortunately suffered a career ending concussion, at which point he decided to turn his hand to coaching. Returning to Loughborough to do a Business MSC, Harris was a voluntary coach with LSRFC before taking on a full-time role in January 2017.

Of his departure Director of Rugby Alan Buzza commented:

It’s with huge sadness that we say goodbye to Gareth. He’s been involved with the club over an eight year period as both a player and a coach; his commitment, technical knowledge and ability to form high quality relationships will be hugely missed by players and staff alike. He’s just helped us consolidate the club’s position in possibly the toughest year in our history and our thanks and all our best wishes go with him.

Of his time in Loughborough Harris added:

I have immensely enjoyed my time at Loughborough as a player and now as a member of the coaching team. It is a brilliant club to be involved in and one which has massively aided my development, both professionally and as an individual. It is a place which I will miss and I’ll look back on my time here with incredibly fond memories.

I would like to thank everyone involved in the club and Loughborough Sport, be it players, supporters and to all the staff, for all their hard work and support throughout my journey.

Harris’ last game is this Saturday away at Plymouth, the final game of the National One season, with LSRFC’s status in league already confirmed for next season.