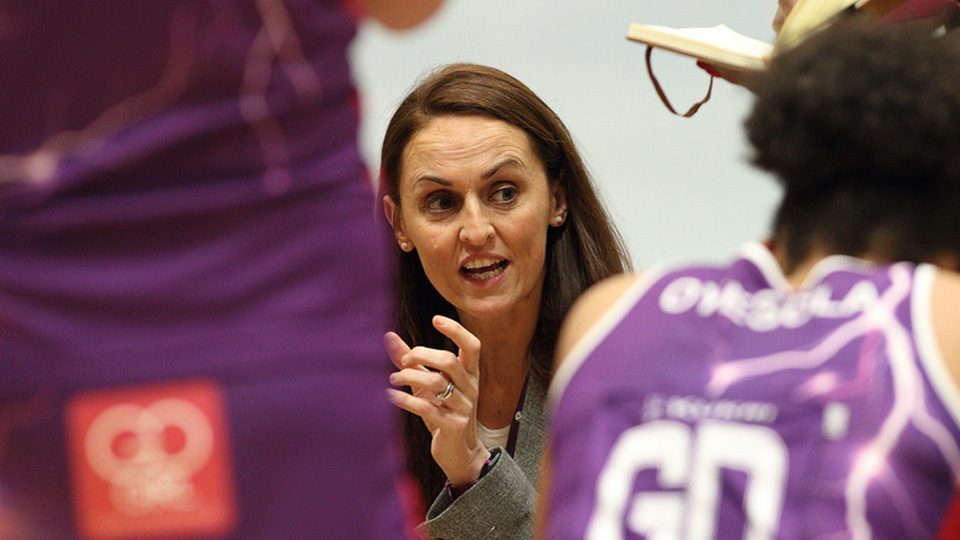 Having taken up the role after Karen Atkinson’s departure at the end of the 2017 Superleague season, Carter has managed the transition well, with Lightning currently sitting second in the table as the season reaches its climax. Another notable achievement over the last six months has been transitioning a number of players back on to the court after lengthy lay-offs.

Based in Leeds, Carter has found the commute difficult alongside a demanding Head Coach role, so has taken the decision to step down from her Lightning role at the end of the season and pursue opportunities closer to home.

Of that decision Carter said:

This has undoubtedly been one of the most difficult decisions I have ever had to make. However as an extremely competitive person I always want to do my best in whatever I do and this just wasn’t proving possible in my current situation.

Whilst the timing of an announcement like this is never ideal, myself and the players are on completely the same page when it comes to our goals for the season. My decision doesn’t change anything and over the next few weeks I am 100% committed to the superb group of athletes and support staff I’m privileged to work with – we’ll continue to work hard and hope to lift that Grand Final trophy on the 7th July.