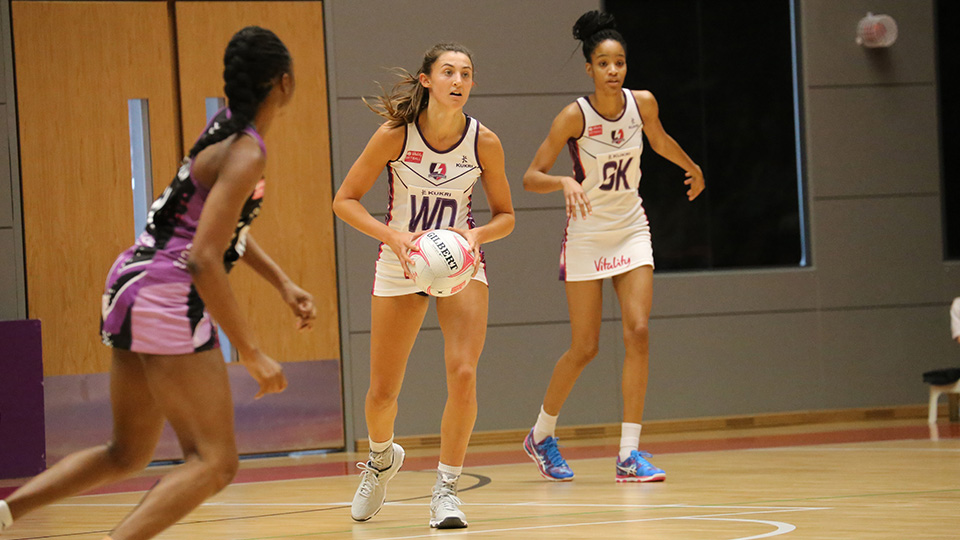 Loughborough Lightning secured their place in the semi-finals of the 2018 Vitality Netball Superleague on Saturday night after recording a 62-51 win over Benecos Mavericks. The win comes as Lightning’s tenth win in a row and their penultimate match of the regular season.

Travelling to the University of Essex, Lightning were on the road for their second away match in as many weeks, hoping to record a vital win to see them battle it out for the trophy in the semi-final knockouts.

A fiery start to the opening quarter saw both sides draw blood at the earliest stage. However with their sights firmly set on cementing their dominance on the game, it was Lightning who took the early lead. With a ferocious speed from Panagarry down the court, taking two tips in as many seconds, Lightning began to plot holes in Mavericks attack taking a three point lead mid-way through the quarter. Mavericks however retaliated with strength in their shooting circle to draw the scores even. The quarter went on with little room for movement before Lightning took their chances and showed confidence, Coleman sinking the shots from the edges of the D. The quarter ended with Lightning in the lead.

Not out of the danger zone, Lightning looked to right their wrongs from previous matches and push down on the pedal once again. Keeping the ball safe, and providing each other with a safety net at all points on the court, Lightning showed true grit and determination, working as a team to maintain their lead and look for vital holes in the opposition’s game. Mavericks centre court threats in England Internationals Gabby Marshall and Sasha Corbin proved to be no more of a threat than Lightning’s very own Cobden and Panagarry whose smooth transitions and flighty interceptions kept Lightning in the lead, despite a change to their defence, with Airey taking up the goal defence position mid-way through the quarter.

With only four points between the two sides, a huge second half got underway. Returning to court, after a well-deserved rest and the opportunity to analyse the opposition’s attacking prowess, Oyesola joined her teammates in taking the match to a new level and increasing their lead to a whopping nine points. Despite the long season and a tough few weeks for Lightning, the entire squad showed a phenomenal work rate in all aspects of the game, leaving the home side floundering.

Having changed their side considerably, Mavericks returned for the last quarter ready to fight, desperate to close the gap. Lightning had other ideas however. Welcoming Ella Clark to court after a two week injury spell, changes to their line up also saw Lauren Nicholls take up the wing defence bib whilst Cobden moved to Centre and Panagarry to Wing Attack. With the opposition eagerly awaiting a slow in pace due to the changes, Lightning remained intact, proving their bench strength to the home side. Errors in Mavs play gave Lightning more opportunity to widen the gap and run down the clock. The match ended with a resounding win, giving Lightning their perfect ten from ten.

“I’m really happy with the girl’s performance tonight and to secure a top four position with a game to go is fantastic. I think for us the difficulty has been the amount of away games we’ve had, but I couldn’t be prouder, they’ve stuck to task, trained hard, endured the long journeys and left everything out on the court. The results are just a testament to their hard work week in week out. Looking ahead to next week, we’re keen to just put a good performance out and the results will hopefully take care of themselves.”

The win not only cements Lightning’s place in the top four but also betters their chances of gaining a top 2 finish thus giving them a highly sought after home semi-final. With many matches still to take place over the next ten days, Lightning will join the waiting game alongside Wasps and Manchester Thunder, who have also secured their top four statuses, to see where each team will place. Lightning meanwhile will turn their attention to next week’s event where they take on Surrey Storm, not only in their final match of the regular season but at the famous Netball London Live. The match takes place at the prestigious London Copper Box Arena on Saturday 23rd June at 7pm.

Loughborough Lightning are offering all fans and netball fans in the east midlands region the opportunity to travel on a dedicated Lightning fan bus to the match, stopping off at Westfield Shopping Centre en-route. Over 50% of seats have now been sold so secure yours now and join the #LightningFamily on the road to the capital. 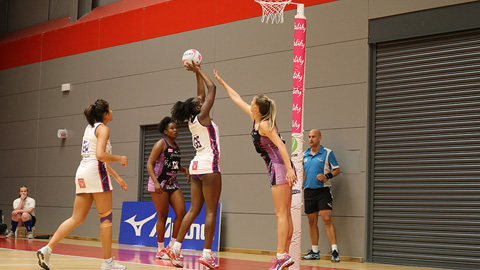