Loughborough Lightning secured a home semi-final on Saturday night after a resounding 63-41 win over Surrey Storm. Competing in their first ever Netball London Live event at The Copper Box Arena, Lightning players and fans made the trip to the capital eager to secure the win that would allow them home court advantage in the play offs.

The quarter started with Storm taking the first centre pass. However a quick interception from Oyesola soon swung the game back into Lightning possession. Leaving Clark to do what she does best was all the side needed to give Lightning their first points on the board. With both sides eager to impress in front of the sky cameras and a 3,000 strong crowd, no ball was left loose and no pass was left alone with the two sides remaining level for much of the first quarter. However with just 5 minutes left it was Lightning that pressed down on the gas pedal, increasing their lead to four with quick fire passes into the circle and increased pressure from defence.

Eager to close the gap, Storm stepped back on court with a fierce determination. Ex Lightning defender Jo Trip was keen to make her mark in her second outing against her previous side and used Lightning’s change in GA (Coleman on for Clark) to her advantage. Not easily rattled by such pressure, Lightning proved their class and continued on unphased as the minutes ticked down.

In what’s become their best quarter this season, Lightning began to fly in the second half. With Clark back on at GA, the side fought tooth and nail to keep the ball safe and cause error in Storm’s attack. Flighty interceptions from Oyesola and Cobden allowed Lightning the room to increase their lead and rattle the home side. With the gap widening to nine points, Storm began to change their tactic, swapping Trip to GK in the hope that she could put a stop to the shooting prowess of former teammate Proscovia.

With a whopping 14 point lead, Lightning counted down the minutes to the final buzzer with a display of true grit, determination and class, despite the best efforts of their opposition. Taking a well-earned rest, Clark swapped places with Coleman making the only changes of the quarter, until a clash in defence saw Airey on at goal keeper. Eager to maintain their lead and with that home semi-final in sight, Lightning continued to play the game at their own pace, with Surrey Storm giving up only as the final whistle sounded.

Head Coach Anna Carter was delighted at securing the win and noted the difference in the two halves of the game;

“I thought it was a grower for us, we struggled to get to the aggressiveness of the game in the first half. It was an aggressive game and we took a while to respond to it but once we did the game started to open up for us. I thought the girls dealt well with the pressure of such a big crowd and a large arena despite not always getting the reward from away fans for their hard work.

We now need to focus on next week’s match and ensure we are recovering well. It will be nice not to travel and to have a home crowd so hopefully everyone will get down to the arena and get behind the girls!”

Lightning are now preparing for their semi-final of the 2018 Vitality Netball Superleague where they are looking to advance to the Grand Final in order to rewrite last year’s heartbreak. They welcome Manchester Thunder to Leicester Arena on Saturday 30th June at 19:45pm.

Tickets are on sale now. 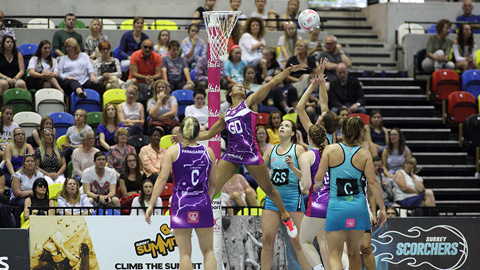 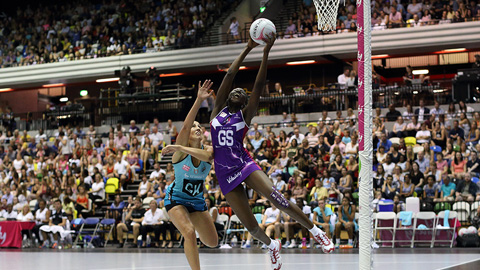