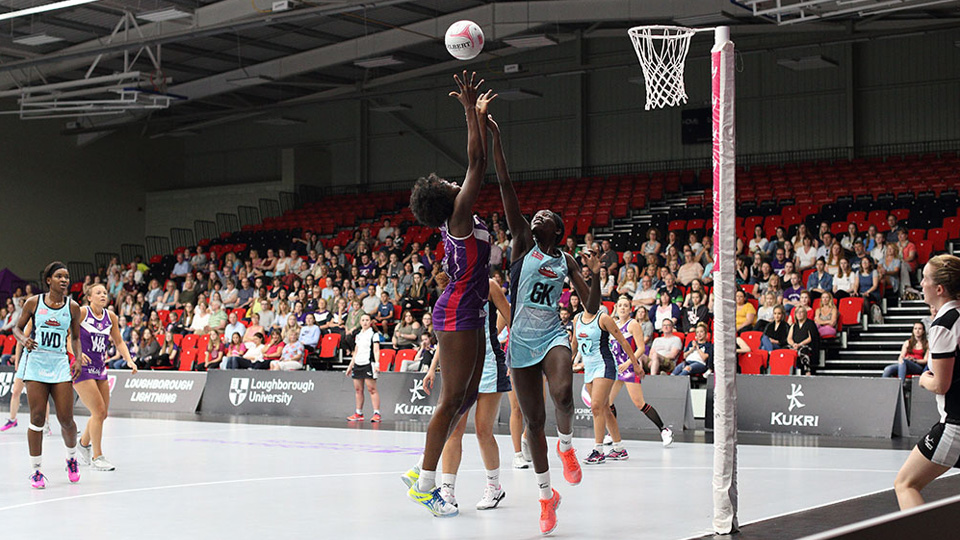 Loughborough Lightning Netball celebrated their eighth win in a row on Saturday night after a closely fought battle saw the home side steal a convincing 59-45 victory over visitors Severn Stars.

Just one week previous, Lightning stomped all over the Wasps nest in Coventry to end the table toppers unbeaten run. Taking the much needed confidence boost into this week, fans arrived at the Morningside Arena in Leicester, eager to witness their favourite Lightning stars in action in their final home match of the 2018 season.

Fellow midlands side Severn Stars arrived at the arena however with the fight to change the tides, having beaten top 4 contenders Hertfordshire Mavericks just a few weeks before, in a shock result. This left no room for Lightning to make errors, adding more pressure to the side as they set out to secure a place in the coveted top four.

A slow start from the home side saw Stars take an early lead, netting two within seconds of the opening whistle. With Clark missing in action, the only change to Lightning’s line-up was east midlands young gun, Britt Coleman who stepped into the goal attack position. In defence however both sides flaunted a Commonwealth gold medallist in the wing defence position with Beth Cobden and Jodie Gibson, whilst international stars from Jamaica and South Africa took up the respective goal keeper bibs at both ends of the court.

Despite an array of talent spread across the court, it seemed neither side were able to grasp an explosive start needed to create a lead for much of the first quarter. Whilst Lightning looked desperately for holes in the oppositions attack, Stars defence preyed on Lightning’s shake up in the shooting circle in an attempt to rattle the home side. The first quarter ended with Lightning trailing by two.

The second quarter began with a succession of goals from Lightning, bringing the scores level within a matter of seconds. Not ready to give up their lead however, Stars soon began to apply pressure to the home sides shooting circle. Making a change to the line-up, Head Coach Anna Carter swapped Coleman for Grierson in a bid to rattle the Stars defence and give the Lightning side some fresh eyes in order to close the four point gap. Meanwhile in the defensive end, Sterling and Cobden worked tirelessly to capture interceptions and give Lightning the ball to work with. The half time whistle sounded with Lightning in the lead for the first time that night.

What had Carter said at half time? It was the question on everyone’s minds as the second half got underway. A seemingly boosted Lightning side kick started the quarter with another interception from Cobden followed by roars from the crowd. An unchanged side went on however the mind-sets of the girls seemed to have shifted. Pushing on through any signs of fatigue the home side, chased down the ball time and time again to finally break through the level score line and gain the lead they had been hoping for from the start. With Joseph’s clean deliveries into Proscovia the squad finished the third quarter with an almighty eleven point lead.

With just fifteen minutes left on the clock, the game was far from over, as Stars made a bid to recover the scores from the previous quarter. Providing vital support on the line Cobden and Oyesola brought the ball safely down the court, allowing Lightning’s attack to adjust to the increased pressure from Stars defence. Measured movements from Grierson also opened up the circle for Proscovia to hold her own and deliver the ball through the net. Changes during the quarter saw Nicholls, Coleman and Airey take to the court, allowing players a well-earned rest.

The win comes as Lightning’s eighth success in a row having won all of their matches since the Commonwealth Break. However the fight is far from over as the final three rounds loom ahead. With mere points currently separating the top five teams, the final rounds are not to be missed as each team makes their bid for a place in the semi-finals.

“I’m really happy we came away with the win after a tough first half. We didn’t start the way we wanted too and we need to address that at training. But stars are a great side especially defensively so to come out with a win was fantastic.

Really proud of the girls, it wasn’t a pretty performance but none the less a win is a win. It puts us in a good position to keep fighting for that top 4 spot. The crowd were brilliant as well tonight; we can’t thank the fans enough for their constant support and the noise they make during games. Hopefully we can see a few of them at the away fixtures coming up.

We have tough fixtures coming up and a hard away fixture next week vs Bath. We need to watch video this week, work on a few things that didn’t go to plan from tonight at training and prepare for the next fixture.”

Speaking to Head Coach Anna Carter after the match, she shared her delight in securing yet another win;

“I’m glad the girls were able to grind out the win, they knew tonight was going to be tough after a long few weeks on the road, but I’m really happy we were able to go out there and achieve the result we wanted. I think coming off the back of a fantastic win at Wasps makes it hard to come back the next week and match that performance; but the girls are learning a lot from these experiences. I’m really chuffed with the dedication the girls are showing as we near the end of a really long season. The fans tonight really were our 8th player, we are really pushing on to get that home semi-final now to give us an opportunity to thank them one last time for all their support this year.”

Lightning are back on the road next week as they travel to University of Bath to face fellow top four contenders Team Bath on Friday night. For those who are unable to travel to the game please tune into Twitter from 6pm for live updates. 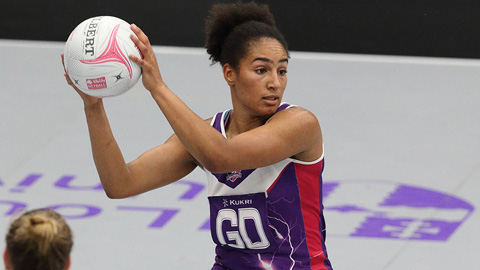 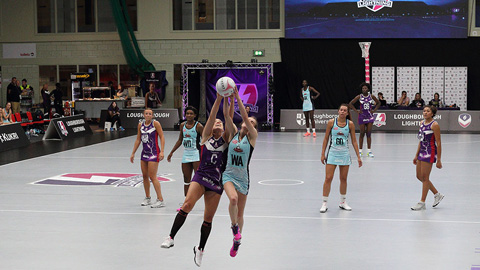