Loughborough past and present going for World Cup glory 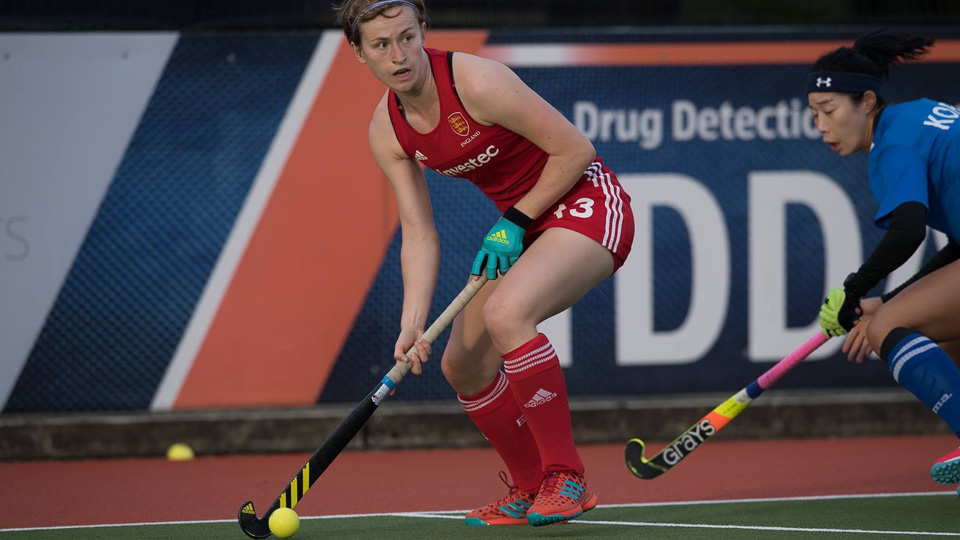 Current Loughborough University student Ellie Rayer and four Loughborough alumni are doing there bit to try and guide England Hockey to glory at the Women’s Hockey World Cup, which is currently taking place at the Queen Elizabeth Olympic Park.

With the tournament kicking off on 21 July and running to the 5 August, England are one of the favourites after their historic Olympic triumph in Rio two years ago. Much of the squad is unchanged, but one new face is final year Sports Technology student Ellie Rayer, who broke into the senior setup last year.

Joining her in the squad are Loughborough alumnae and Olympic gold medallists Giselle Ansley, Maddie Hinch and Laura Unsworth. Hinch’s credentials are well known as she has been voted World Goalkeeper of the Year on two occasions, whilst Ansley and Unsworth have been mainstays in the international setup up for many years.

It is also worth noting that Head Coach Danny Kerry is also a Loughborough alumnus and one of the most well respected coaches in the world, having guided Team GB to that aforementioned Olympic glory and inspired the nation.

The England side, drawn in arguably the toughest of the four pools, face a crunch match against Ireland on Sunday, knowing that victory will see them through to the knockout stages. After draws against India and USA, the side still have their fate in their own hands, but Ireland have proved the surprise package, qualifying top of the pool with a game to spare.

The biggest tournament in hockey, alongside the Olympics, the Hockey World Cup takes place every four years, with the world’s greatest teams and players battling it out to become the very best.

If you’re on the Olympic Park over the next two weeks make sure you check out the Loughborough University stand in Fan Central, where you can take on our Batak Challenge.

For further information on the tournament head to competition website.