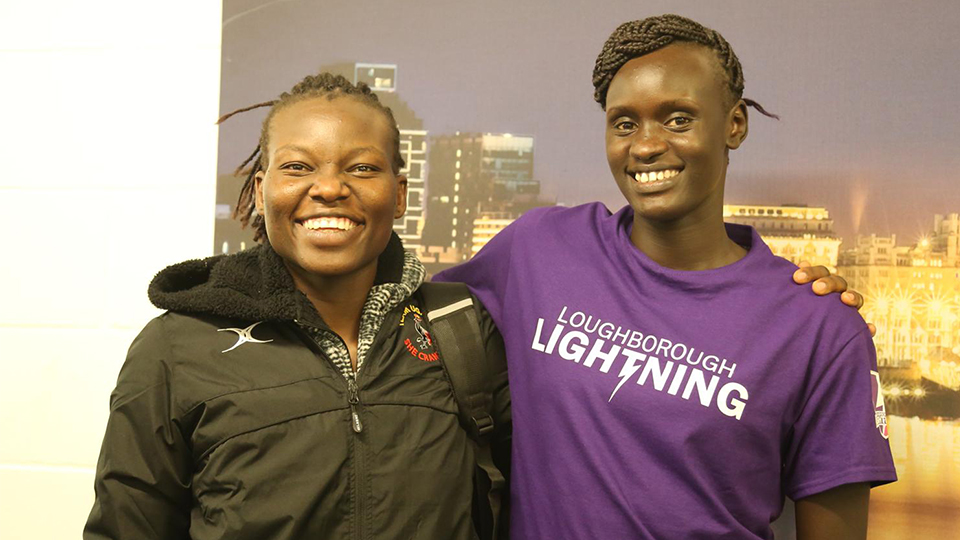 Loughborough Lightning Netball are delighted to unveil the signing of Ugandan goal shooter Mary Cholhok, who becomes the second Ugandan international to tread the floors of Loughborough University, after the recent departure of Peace Proscovia at the Superleague franchise.

The 21 year old She Cranes international will fill follow in the footsteps of fellow goal shooter, countrywoman and idol Proscovia, who has swapped one Lightning for another as she moves down under to play for Australian franchise Sunshine Coast Lightning.

Having shown rapid progress over the last three years Cholhok, who stands at 6ft 7, will pose a huge threat to her Superleague rivals when she links up with the East Midlands based franchise for the 2019 VNSL season. Having been named Most Valuable Player at the World University Games in 2016, Cholhok has also played in the African World Cup qualifiers and Uganda’s recent three match series against England.

Having only started playing netball five years ago Cholhok has enjoyed a rapid rise, earning her place in the Superleague Grand Finalist’s squad after just one year of senior international netball.

On the prospect of playing netball in England, Mary said:

“I’m so excited and just can’t wait to step through the gates at Loughborough and I’m so eager to see it. In September I first found out there might be the chance to come to Loughborough and when I signed the contract I partied all night!

“It’s a great opportunity for me as a young person and I think I’ll be able to develop my career at the University. Peace has told me it develops talent and really encourages sport and particularly girls’ sports, but that the education is really good as well.

“I want to develop my talent in netball and also go further with my studies, but I also want to inspire more girls who have not yet discovered who they are and how far their talents can take them. I hope to inspire them like I was inspired by Peace.”

“Lightning are committed to developing talent and Mary is one of the most exciting up and coming players in world netball. Having strong links with Uganda has allowed us to identify Mary as a long-term prospect and show our faith in her by offering a contract at an early stage of her international career. Peace is a role model to girls in Uganda and I’m sure Mary will provide the same level of inspiration as she continues to pursue her netball dream in the Superleague.”