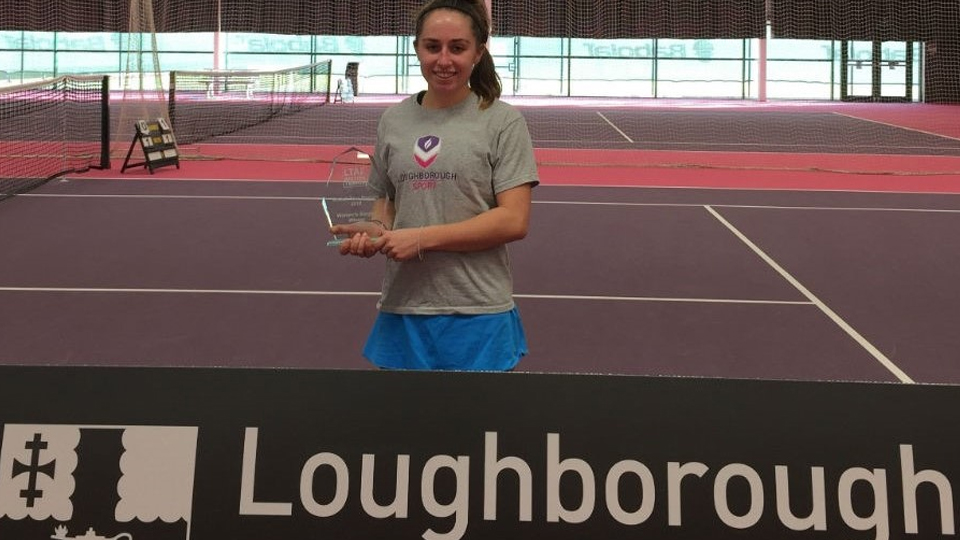 The season-ending annual event was held at the University from December 6 – 8. It brought together a pool of Britain's most promising players, who secured their place through solid performances on the British Tour throughout the year.

Taylor came from a set down to beat Andre Lukosiute in the final, securing her the title on home soil.

She joined Loughborough in October as a player and coach with the University’s Talented Athlete Scholarship Scheme (TASS).

Speaking about her victory she said: ““It was great to take the title this weekend, especially as it was the first time I had competed in the British Tour Masters event and it was held right here at the University.

“As a TASS player and coach at Loughborough I have loved being part of the team and getting the opportunity to work with the University players. The support from the staff and players this past weekend was amazing and I’m excited to see what next year brings both on and off the court for me at Loughborough.”

The Masters saw the top 16 women and top 16 men from the 2018 British Tour circuit in action. The tour features a circuit of tournaments set to give up-and-coming players the opportunity to gain competitive match experience.

It was the event’s third appearance at Loughborough and one of several high-profile tennis events to be staged at the University this year, including an inaugural ATP Challenger tournament in May and an ITF Pro Circuit men’s $15,000 and women’s $25,000 event in February.