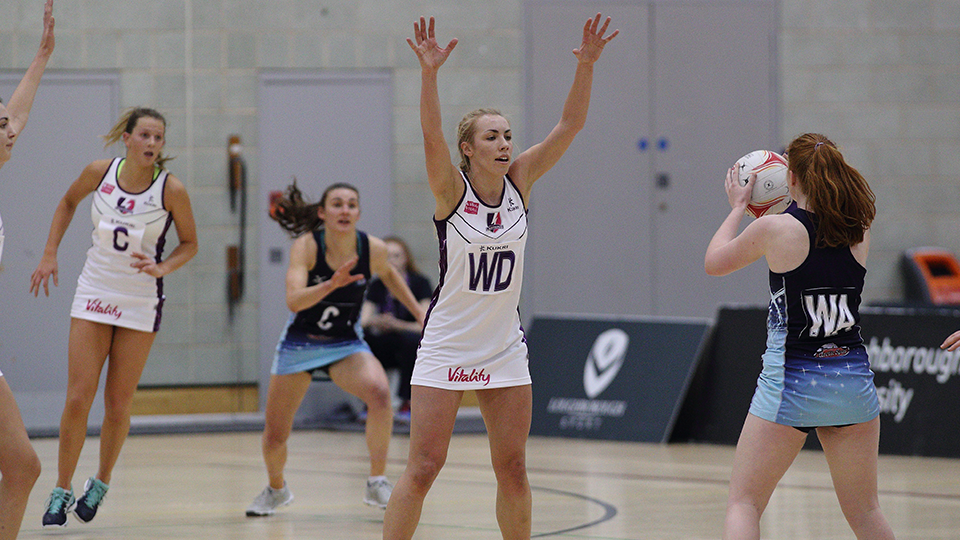 Loughborough Lightning Netball are excited to reveal Caroline Tarnowski as their fourteenth player ahead of the impending 2019 Vitality Netball Superleague season.

Currently balancing both her studies and training at Loughborough University, this becomes Tarnowski’s first official Superleague contract after taking on the role as training partner for the past two seasons.

Currently studying for a Master’s degree in Sport and Exercise Nutrition and a regular feature in the U21 side until this season, Tarnowski has proved herself as a pivotal piece in Head Coach Sara Bayman’s jigsaw for 2019.

“Caroline has worked incredibly hard for this team in the last few years. Having previously been a training partner she’s proven herself to be committed, hardworking and someone who drives standards in training. I’m so happy that she is part of the squad and ready to go full throttle at Superleague”

The fast-paced mid-courter is no stranger to the Superleague set up, having stepped up into the 2017 squad after a number of injuries hit the side. Having taken to the court in Lightning’s 2017 semi-final, Tarnowksi is keen to get another taste of the action in 2019.

“I’m really excited to be a part of Lightning this year. After being a training partner, it’s great to make the step up into the squad. I can’t wait for the season to start now!”

Tarnowski becomes the fourteenth player to sign on the dotted line for Lightning’s 2019 season with the final spot to be announced shortly.

Tickets for Lightning’s first home game on 12thJanuary are now on sale. Secure yours now to witness the new side in action for the first time.