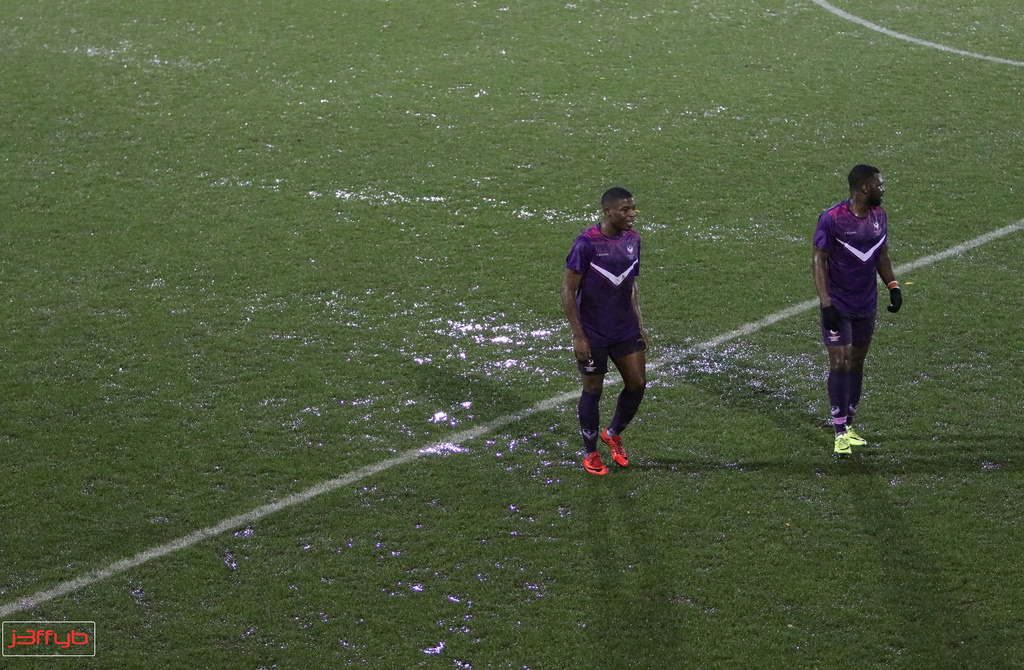 Loughborough University Vs Coventry United was abandoned 49 minutes into the game on Saturday due to a waterlogged pitch.

After defeat on Tuesday to Boldmere St Michaels the scholars looked to dominate early doors. They were rewarded when Matty Olapo scored within 10 minutes, after a powerful Merlin Ferrinho run on the right hand side.

The scholars looked to press for a second with Ben Last being instrumental in the middle of the park creating opportunities for others as well as testing the Coventry United Keeper himself.

As the half progressed the visiting side established themselves more in the game creating chances through Soleman and McDonald. Their best chance came on 44 minutes with Vallance's shot being tipped away well by George Hobbs.

Around the 44th minute the rain started to come down. By the half time whistle Loughborough had suddenly become the epicentre of a monsoon and within 15 minutes the pitch had succome to the weather. The referee started the second half but only 4 minutes were played before the game was abandoned for the safety of the players.

The fixture will now be moved to a date in the new year.