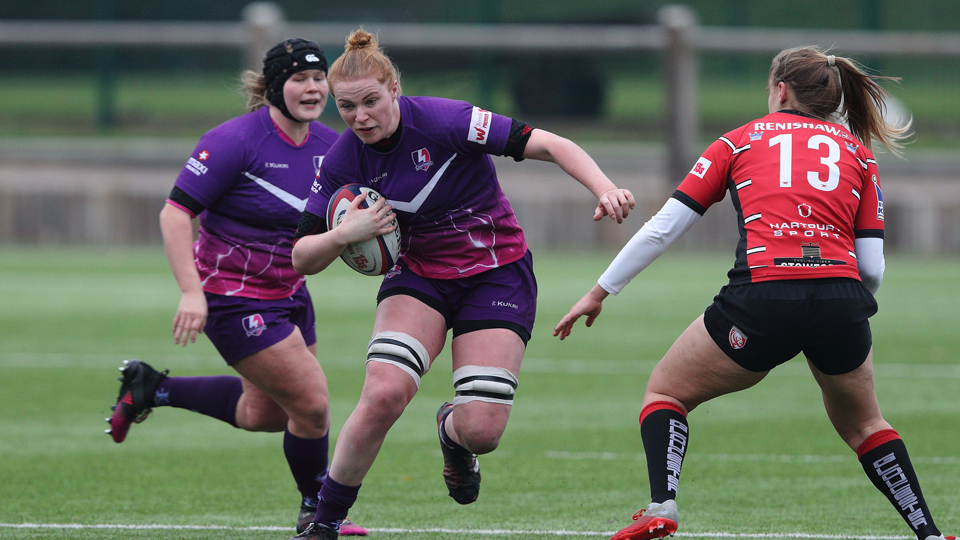 Lightning faced rivals Gloucester-Hartpury in round twelve of the Tyrells Premier 15s. Lightning were desperate to return to winning ways having suffered a difficult defeat on the road to Harlequins last weekend.

Kicking things off, Lightning scored within the first four minutes by Cath O’Donnell. The conversion was slotted by Tash Jones and seven points decorated the board. Despite a fantastic start, the following ten minutes remained stalemate as neither side could find a breakthrough. However, it was Gloucester Hartpury who found momentum and dived across the whitewash. Conversion was missed leaving Lightning 7-5 ahead.

Lightning looked unsettled until Captain Sarah Hunter soared through the Gloucester Hartpury back line and edged herself across the line to take the score 14-5 with the conversion scored again by Jones. An inspired Bethan Zeidler replicated the former, dancing across the line. At the midway point Lightning were favourites maintaining the lead 19-5.

The second half saw more of the same, a second try for O’Donnell maintained Lightning’s domination 24-5. Conversion was missed. Lightning kept pushing in another sustained period of deadlock. A spill from Lightning was picked up by Gloucester Hartpury who took advantage penetrating the line. 24-10.

Lightning extended their lead in the final minute with Ella Wyrwas intercepting the ball and flying across the line. Overall, a spectacular performance from Lightning in baltic December conditions.