Emily Scarratt signs on the dotted line for Lightning Rugby 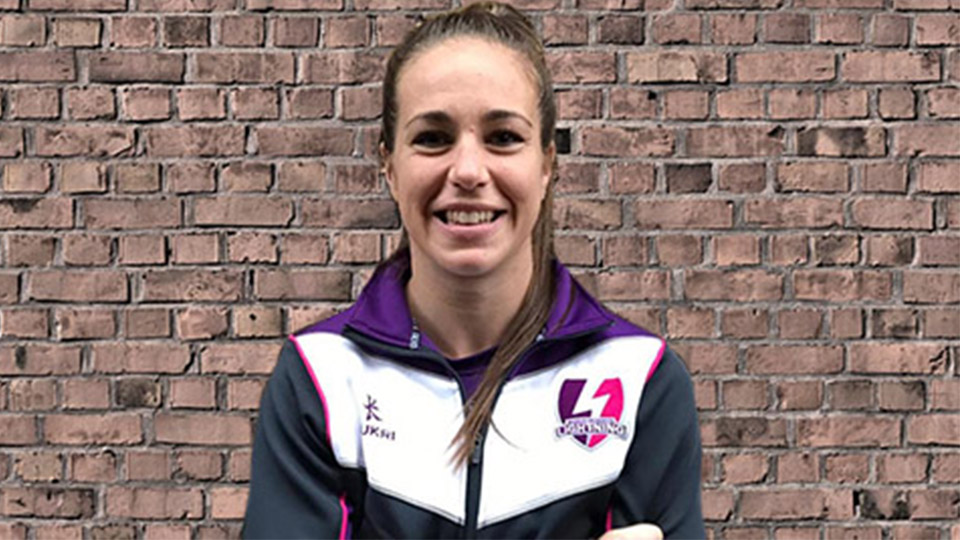 Loughborough Lightning Rugby are excited to announce that England’s all-time leading point-scorer Emily Scarratt will be joining the squad.

After a very successful period in the England Women Sevens programme, including captaining Team GB at the Rio Olympics, representing Team England in the 2018 Commonwealth Games and Rugby World Cup Sevens, Scarratt will make the switch to the England Women XVs programme.

Scarratt is no stranger to the Women XV programme. Playing a pivotal role in England’s 2014 Women’s World Cup team and scoring a victory clinching try six minutes from the death. She has cemented herself as one of the best rugby players of all time.

Speaking about her transition from the Sevens programme and why she chose Lightning, Scarratt said:

“It was an incredibly tough decision but I’m really excited to be coming back to XVs. The game has some fantastic opportunities available at the moment and I’m just very grateful to be a part of it all.

Having grown up and played my first ever rugby in Leicestershire, I’m excited to get back to the area. Loughborough has a phenomenal setup and facilities and I’m unbelievably excited to be a part of the Lightning team who have so far been performing really well.”

The highly skilled centre will bring a wealth of knowledge, expertise and experience with her to the Lightning setup, which combined with fellow England stalwarts Hunter and Daley-Mclean will make for a formidable Lightning side.

Speaking about his latest singing to an already strong Lightning side, Head Coach Rhys Edwards commented:

“It’s fantastic to welcome Emily to Loughborough. She is one of the best players in the world and for her to see Lightning Rugby as the club that can support her journey to the next World Cup is great.

Having Emily back in the XVs game is great for England and the game itself. She will add a huge amount of experience to our team and will allow our younger aspirational players to learn from her professional mindset and work ethic.”

Lightning’s first home game of 2019 will be on the 19thJanuary when they take on Firwood Waterloo Ladies. Make sure you head to Loughborough University to witness the side in action.