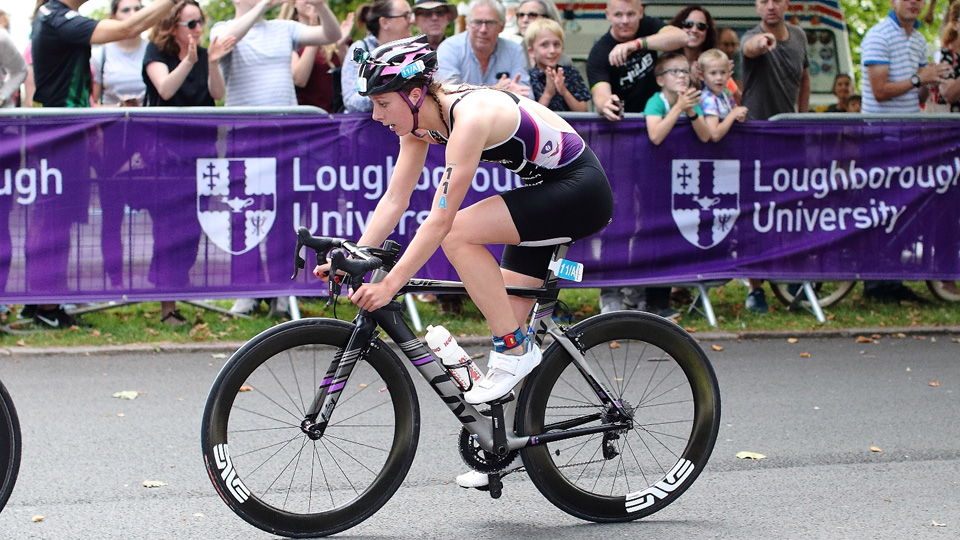 The Loughborough Triathlon Performance Centre (LTPC) has had a massive stamp of approval with confirmation that 11 of its athletes have been selected to represent Great Britain at the forthcoming World Championships on Australia’s Gold Coast in September.

Having only been created in 2015 the LTPC has helped form a closer connection between British Triathlon and Loughborough University to create an environment where elite triathletes can thrive.

Leading the way are student-athletes Iona Miller, Olivia Mathias and Sophie Alden. In her first year at Loughborough University, Scottish triathlete Miller has been named in the junior team, reward for her progress over the last 12 months. Stepping up an age group, Alden and Mathias will contest the U23 event, with Mathias gaining great experience having competed for Wales at the Commonwealth Games in April. Alden has also taken a big step up in 2018, including a 21st place finish at the European Sprint Championships in Estonia.

Winner of that race in Estonia was Loughborough University alumna Sophie Coldwell, who is also named in the U23 team and will start as one of the favourites. Sixth at the Commonwealth Games and having won her first World Cup race in Hungary last month, Coldwell is in the form of her life and will hope to return to Loughborough with gold.

The final two athletes named on the team are Jodie Stimpson and Barclay Izzard, the former off the back of an outstanding top ten finish at the European Championships in Glasgow last week. A first year U23, Izzard will contest that event down under, despite his tremendous showing in the senior ranks in Scotland.

Stimpson meanwhile has undoubted pedigree, a stellar career so far including double Commonwealth gold in Glasgow four years ago. Fifth at the World Triathlon Series event in Edmonton two weeks ago, it would appear she is rounding into form just at the right time for a tilt at glory in the senior women’s race.

In the para-triathlon events George Peasgood, leads the way, fresh of the back of competing for Great Britain at the World Para Cycling Championships, his first foray into single sport. Still very much focussed on triathlon, Peasgood will contest the PTS 5 event and will hope to reach the high standards he set in 2013 when he won his first major medal, a bronze at the ITU World Championships in London, which at 17 years old that made him the youngest paratriathlon medallist ever.

Joining him will be Ryan Taylor, who’ll compete in the PTS 3 event. Taylor, who has cerebral palsy that affects his right side, uses an adapted bike with the gear and brake controls on the left hand side to allow him to compete with the best in the world. He finished 6th in the Rio Paralympic Games, his first Paralympics.

Also in action are defending World Champion Dave Ellis who goes in the visually impaired category, whilst Fran Brown and Claire Cashmore compete in the PTS2 and PTS5 events respectively.

We are extremely proud to have so many athletes selected for the World Championships. The performance environment created by the athletes, coaches and other support staff here at Loughborough is beginning to shine through and the centre is going from strength to strength. I am sure that the athletes will strive to perform to their full potential on the Gold Coast and will gain invaluable experience that will benefit us all.

Loughborough alumna and Rio 2016 Olympic medallist Vicky Holland has also been named in a very strong GB team and will harbour hopes of getting on the podium once more both in the World Championship race and the ITU World Series, where she currently lies second in the overall standings. Having taken up triathlon whilst studying at Loughborough, Holland now lives and trains near her family home in Gloucestershire.

See more information about the LTPC on our website.