Loughborough Lightning Rugby are excited to unveil three England internationals who’ll bolster their squad ahead of the 2018/19 Tyrrells Premier 15s season, which gets underway on Saturday 8 September.

With 99 international caps to her name, fly-half Katy Daley-McLean MBE is a massive coup for the Loughborough University side, the England international boasting a phenomenal 363 international career points. A primary school teacher by day, 32 year old Daley-McLean joins from Darlington Mowden Park Sharks and will bring a wealth of experience to the Lightning squad.

Of her move Katy said:

“I’ve only ever played for DMP so it was a big decision for me. I’m now living in Manchester and I wanted to reduce my travel, but I also felt I needed a change in my rugby. Loughborough has such great facilities and the access to strength & conditioning and physio on a regular basis was definitely a pulling point. Pre-season has been hard but great and really refreshing; the girls are super friendly and I feel like a have fit in well.”

Loughborough University alumna Justine Lucas is the second addition, the former Sports Science with Maths student re-joining her alma mater. An England prop with 33 caps to her name, Lucas played for Wasps last year, but should fit into the squad with ease given she already knows a number of the ladies having played with them for club and country.

Of her return Lucas said:

“Pre-season has been going really well, with lots of big gym sessions, lots of running and lots of DOMS! It’s nice to come full circle, as whilst studying at Loughborough is when I first picked up rugby, so to now be able to represent them in the Premier 15s and being back at base is nice. I can’t wait to get going with the season now.”

Last but not least is Jo Brown, who got on the scoresheet on her England debut in 2017 and also joins from Darlington Mowden Park Sharks. Having just qualified as a physiotherapist, Brown will also bring strong leadership skills to the group having captained a number of sides during her career, including Northumbria Women.

Of her move Brown said:

“I moved down to Leicester to work in the LRI emergency department as a physio, which I’m really enjoying so far. It is perfect that Lightning is so close and has such amazing facilities. I’m really enjoying getting to know the staff and players and I’m really excited about the season; I can’t wait to see what we can achieve as a group.”

“It’s great to be able to add players of Katy, Justine & Jo’s quality to the squad. We aspire to be the best performance development centre in the world for women’s rugby and all three will be excellent role models to our younger aspirational players with their knowledge and experience.

“Katy comes with huge pedigree being the current England outside half and I’m pleased that she’s chosen Lightning Rugby as the programme that will develop her game going into the next World Cup cycle. Justine is an excellent scrummager and will strengthen the pack immensely, but her work rate around the field and her ability to play with ball in hand really suits the way we want to play. Jo is an abrasive back row player who caused us no end of problems when she played against us last year – her ability to go forward is something that our backs will thrive off.” 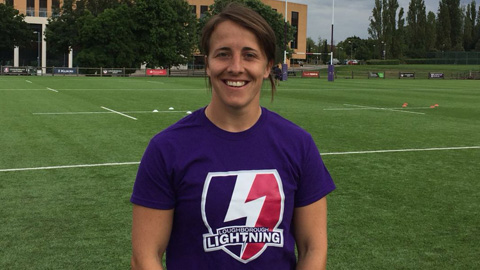 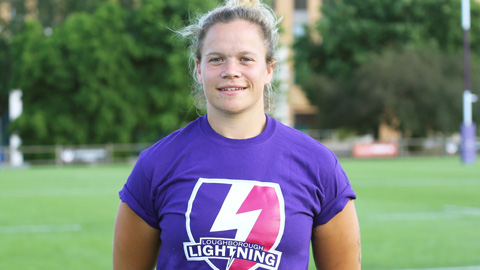 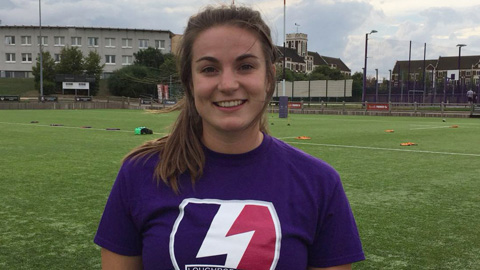