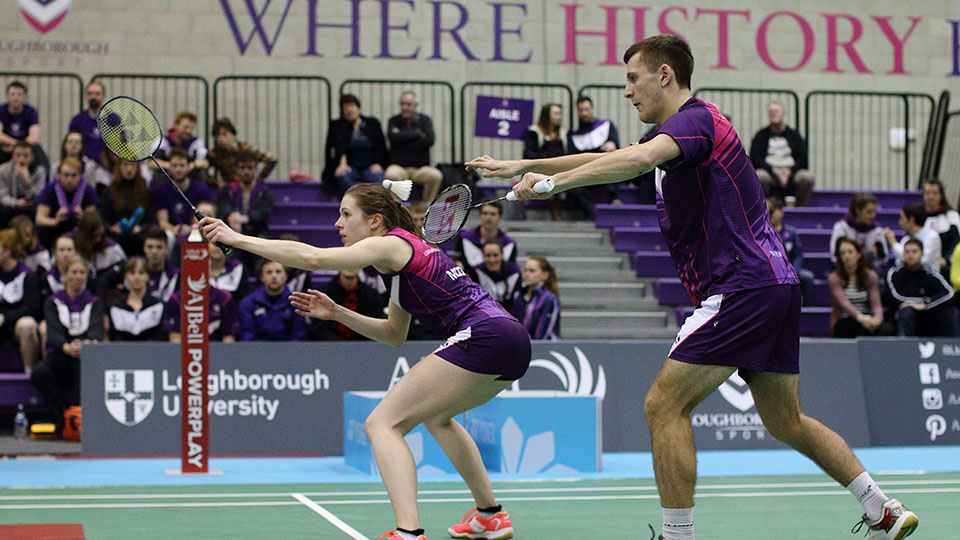 The English Nationals stage the nation’s best badminton players in an annual competition that tours the country. The competition has showcased the best talent to fans for over 50 years. This year it takes place at High Wycombe between 24th-26th August.

‘The Nationals is one of the rare occasions in the tournament calendar where we get to play against the very top players in the country- and I am really looking forward to taking on the challenge!’

A mix of fresh talent and world-class stalwarts take to the court in one of the nation’s favourite racket sport.

Another Loughborough student to watch out for is Viki Williams. It will be the first major competition post Williams’ injury.

“After being out of competition for 8 months with injury, I am so excited to go out there and show everyone how hard I have been training in this build up! It will be a great opportunity to play against some world top 10 players, but also bring back some medals to Loughborough.”

Greg Mairs will also look to continue his fine form this year. Having won the Slovenian International and coming runner up in the Estonia International tournament with fellow Loughborough player Jenny Moore.

“I’m really looking forward to playing the Nationals and putting some good training into practice. I’ve learnt a lot over the last few months and hopefully this can show in my performance. Going one better than last year and becoming a National champion would be a dream come true! It’s definitely a huge goal of mine whether it happens this year or not!”

“I am excited to see where our players are after a tough summer of preparation. There is a real sense of anticipation amongst our Loughborough group who are “hell bent” in getting the season off to a flying start”