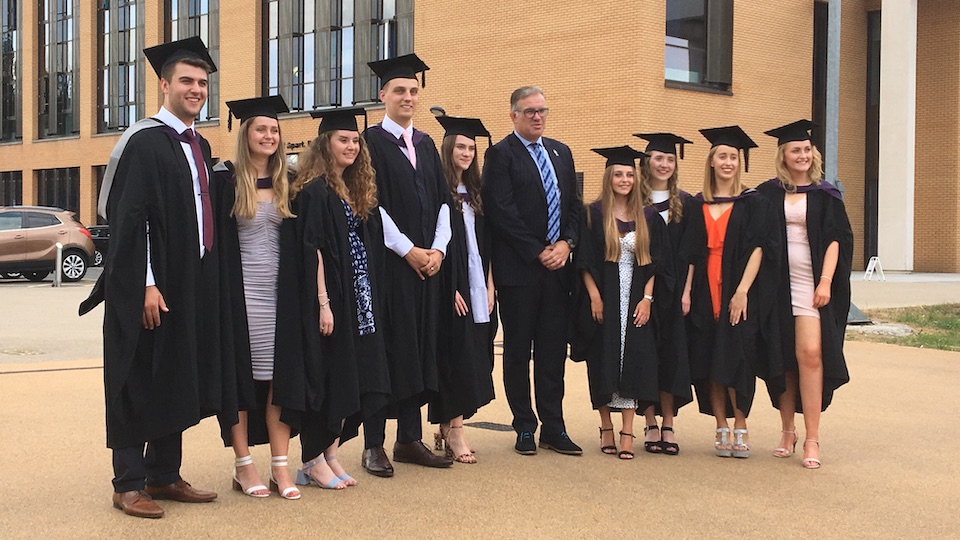 On 16 July, the School welcomed friends and families of our graduates on to campus.

On 16 July, the School welcomed friends and families of our graduates on to campus. As part of the day the Dean of School, Professor Mark Lewis presented the following students School Awards:

Prizes for Academic Excellence were awarded to the highest performing students in the final year.

Project Prizes were awarded to a student from each programme for outstanding performance in their final-year dissertation project.

Dean’s Award for Excellence in Placement was given to five students who excelled in their placements and worked hard to identify and deliver economic, social and cultural impact to make a real difference within the organisation.

The School would like to congratulate all the students who graduated this summer and a special congratulation to those who received an award.