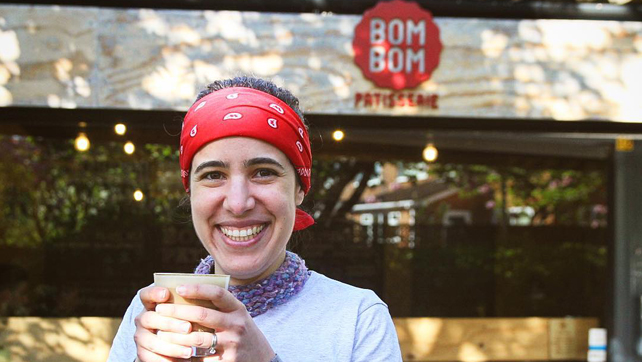 An update on our story about Bom Bom Patisserie's nomination in the Muddy Awards. Bom Bom is a local-to-Loughborough business run by Loughborough alumna Dr Marta Oliveira Child.

Local bakery, Bom Bom Patisserie, has won the Best Café Award in the Muddy Awards 2019, in the Leicestershire and Rutland category, following a vote by the general public.

Alumna Dr Marta Oliveira Child founded the bakery in 2012 and her business was recently nominated for the award by customers.

The prize earns Bom Bom Patisserie a £1000 prize as well as networking and publicity opportunities. They beat cafés from Market Harborough, Sileby, Oakham and Burbage to the award.

Based near to the west end of the Loughborough University campus, the café is popular with Loughborough residents as well as University staff and students. They sell freshly baked goods, coffee, sandwiches and soups.

In recent years, Marta has featured on television with her creative bakes, taking part in Que Seja Doce, the Brazilian version of the Great British Bake Off and Bake Off: The Professionals.

Marta graduated from Loughborough University in 2012 with a degree in Sport and Exercise Science.

You can find out more about the winners of the awards online.