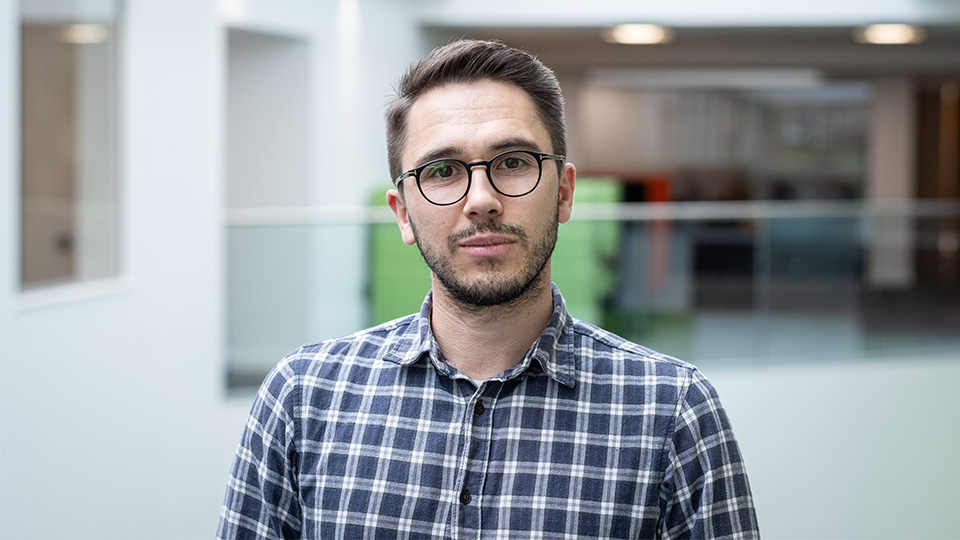 The School's Dr Owen Davies has been awarded a £100,000 grant from the Academy of Medical Sciences Springboard. The grant is the first to have been awarded to an academic from Loughborough University.

Dr Owen Davies, Lecturer in Molecular and Regenerative Biomedicine within the School of Sport, Exercise and Health Sciences, has recently been awarded a £100,000 grant from the Academy of Medical Sciences Springboard.

This grant is the first to have been awarded to an academic from Loughborough University.

Dr Davies’ project that has been awarded the funding focuses on deciphering molecular crosstalk in the musculoskeletal system.

He is interested in understanding how tissues within the musculoskeletal system communicate and regenerate.

His primary research focus is on the role of nano-sized messengers termed extracellular vesicles (EVs), which are ubiquitous throughout the body and have been shown to traffic important biological molecules between cells.

He has previously demonstrated that these particles provide a specialised environment for early mineral formation in developing bone and is exploring their application in regenerative medicine.

The funding awarded to Dr Davies through the scheme will allow him to better define how EV-based communication between muscle and bone influences skeletal health.

Speaking about the award, Dr Davies said: “I am delighted that the Academy of Medical Sciences has awarded me funding to pursue my research into vesicle-based communication in the musculoskeletal system.

“The scientific world is beginning to understand the ubiquitous and varied roles that these important nanoparticles play in health and disease. I am excited to further develop my research in this area and sincerely thank the Academy for their support.”

Springboard awards funding of up to £100,000 over two years, as well as access to the Academy of Medical Sciences’ mentoring and career development programme.

The purpose of the grant – which has been awarded to recipients since 2012 - is to identify and support early-year researchers by helping them to launch their careers and aspire to be research leaders of the future.

More information about Springboard and the full list of recent awardees can be found online here.