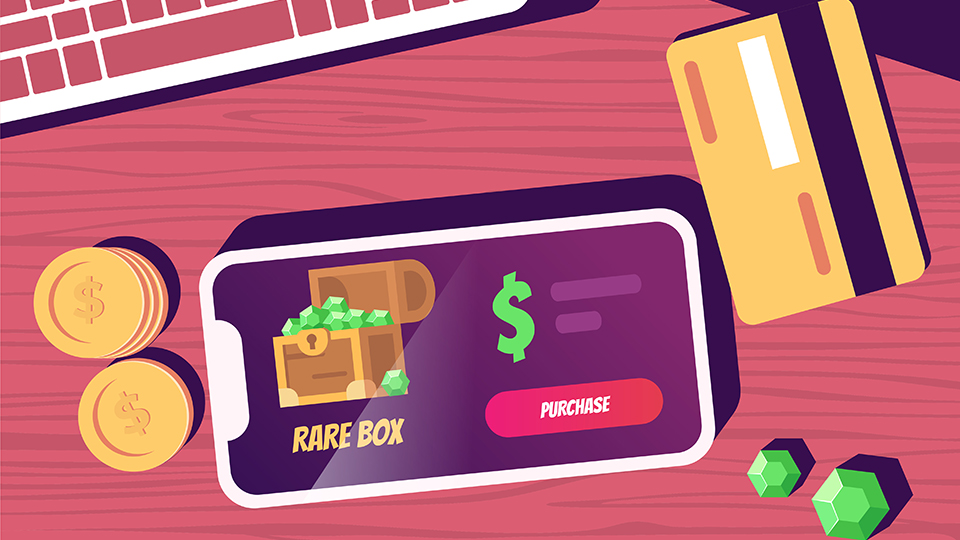 “The game just got better and better as I spent more money and I got addicted to it. I knew I’d spent the money, but I didn’t know how much.

“I was sad and crying a lot, and I went upstairs to my room. I put my money tin at the top of the stairs, and I started crying even more.”

At age 11, Billy Smith (name has been changed) racked up a bill of £464 in one week after making 15 transactions to purchase card packs on a mobile phone game.

Billy’s parents were unaware of his spending as his dad’s bank account was connected to the game, enabling him to make purchases without parental authorisation.

“The fact is, we didn’t have £464 to spare, just to spend on packs”, said his mum Michelle (name changed), who found no option but to take the money out of Billy’s savings, “It was a learning curve.”

Billy and Michelle are sharing their story to highlight the importance of a new report published today by Loughborough and Newcastle Universities that reveals children and young people are at risk of financial and emotional harm from loot boxes and outlines recommendations to tackle the issue.

Loot boxes are video game-related purchases with a chance-based outcome that often appear as card packs, chests, and crates.

They contain highly collectible items such as skins or weapons and are accessed through gameplay, or purchased with in-game items, virtual currencies, or directly with real-world money.

Loot boxes have come under increasing scrutiny due to their structural and psychological similarities with gambling and the lack of regulation around them.

The Between Gaming and Gambling: Children, Young People, and Paid Reward Systems in Games report is based on research, funded by the Economic and Social Research Council, that looked at 42 families' experience of in-game purchases, specifically loot boxes.

The researchers spoke with children from five to 17-years-old who played a variety of games on different consoles in a bid to understand why loot boxes appeal to them and why they feel inclined to spend money.

“Our research demonstrates the dangers of in-game purchasing, especially when game developers actively use techniques drawn from gambling to encourage children and young people to buy in-game items.”

The researchers also spoke with the parents and carers of young people as part of their study and found they feel “stuck in a vulnerable position”.

Human Geographer Dr Sarah Mills, who led Loughborough University’s involvement in the research, explained: “They want to safeguard their children from potential harm and risks but are under pressure because of the popularity of digital games, especially within friendship groups both on and off the playground.

“This research shines a light on some hidden pressures within households that impact the lives of children, young people and families."

The researchers have called for action to be taken to protect young people and recommend the following:

The Young Gamers and Gamblers Education Trust (YGAM) – an award-winning education charity that delivers a portfolio of education programmes to help safeguard children and young people against gaming and gambling harms – welcomes the report.

Kev Clelland, Director of Insight and Engagement at YGAM, said: “We’re seeing more parents, teachers and others who work with young people becoming increasingly concerned about some of the chance-based mechanisms used in video games.

“In 2022, you will struggle to find a young person who does not game. These findings further emphasise the need for more awareness and understanding on these topics and education programmes like ours have an important role to play.”

The report, by Dr James Ash, Dr Rachel Gordon, and Dr Sarah Mills, can be viewed in full on the dedicated webpage.