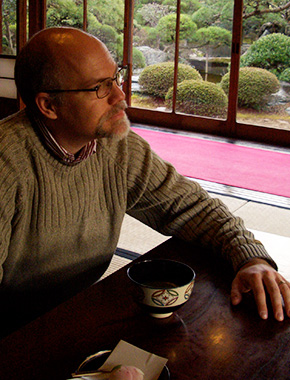 We are very pleased to announce that Professor Todd Tilma will be joining the Group as a visiting academic.

Todd was born in Biloixi, Mississippi on 6 March 1970, the son of Ted G. Tilma and Melanie I. Tilma. Due to his father’s career, he lived in Mississippi, Texas, Virginia, and Alaska throughout his childhood and teenage years.

After graduating from Bartlett High School in Anchorage, Alaska in 1988 Todd attended The University of Texas at Austin. He graduated in December 1992 and spent a year “figuring out what to do next.” In January 1994 he entered The Graduate School at The University of Texas in Austin to pursue a masters degree in physics education. In July 1995 he left Austin for Japan in order to complete his thesis. For two years he worked for the Saitama Board of Education at Kitamoto High School in Kitamoto city, Saitama prefecture.

He returned to The University of Texas at Austin in August 1997 to “finish what he started” in 1994; earning his doctorate in mathematical physics in December 2002.

Since then, Todd has worked at RIKEN as a postdoctoral researcher; as a technology analyst for the Asian Technology Information Program; as a researcher at the National Institute of Informatics; as an adviser to Monolith Corporation; and as a math/physics teacher at Hiroo Gakuen.

He’s been at Tokyo Tech since August 2014 teaching classes and heading up research programs in physics education and quantum information science in phase space.