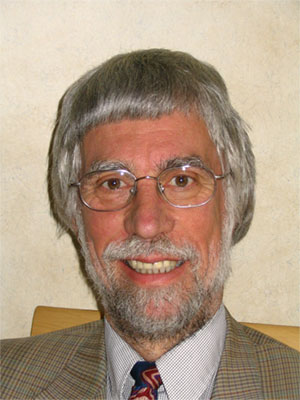 We are very pleased to announce that Professor Raymond F. Bishop will be joining the Group as a visiting professor.

His profile (taken verbatim from his University of Manchester web page) is:

Raymond F. Bishop is Professor of Theoretical Physics in the Theoretical Physics Group of the School of Physics and Astronomy at the University of Manchester. In 2005 he was awarded the Eugene Feenberg Memorial Prize in Many-Body Physics, with a citation that reads “for his development of the coupled-cluster method toward a comprehensive ab initio approach, and innovative applications across the full spectrum of subfields of quantum many-body physics.” The Feenberg Prize is the premier international award in Professor Bishop’s field of research, and he was the first awardee from a British university. A major international conference on Microscopic Approaches to Many-Body Theory, attended by leading experts from nearly 20 different countries, was also held in Manchester in 2005 to honour his achievements.

Professor Bishop’s main field of research has been microscopic quantum many-body theory and its applications to systems in nuclear physics, subnuclear physics and quantum field theory, condensed matter physics, quantum fluids and ultra-dense matter, statistical physics, and quantum information theory. He has authored over 200 refereed publications in these fields. He is particularly well known internationally for his pioneering work in developing and applying the coupled cluster method (CCM) to the point where it is now widely acknowledged as providing one of the most pervasive, most powerful, and most successful of all fully microscopic formulations of quantum many-body theory. It has been applied to more systems in quantum field theory, quantum chemistry, nuclear, subnuclear, condensed matter and other areas of physics than any other competing method, where it has yielded numerical results which are among the most accurate available. The application of the CCM to strongly-correlated low-dimensional quantum magnets and other modern materials is a major direction of his current research work.

Since 1980 Professor Bishop has also given more than 200 talks on his research, more than half of which have been papers at international conferences (the majority of which were invited plenary or keynote talks), and some 90 or so of which have been invited seminars or colloquia at universities or research institutes in some 20 countries. Over the years he has had many productive collaborations with colleagues in such countries as Spain, Germany, Finland, Poland, Czech Republic, and USA.