Travelling to the Euros with British Wheelchair Basketball Squads 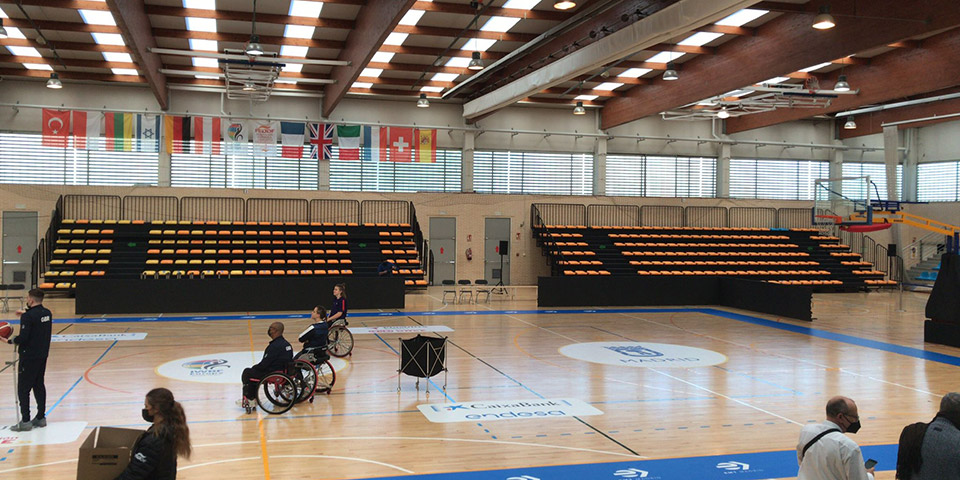 Expectations were high going into the competition – the men’s squad were defending their European Champion status and the women’s squad had reached the finals in 2019. There was also the added requirement to qualify for the 2022 World Championships.  For myself, this was a perfect opportunity to observe high level competition and further integrate with the players and staff team, whilst also being on hand to help the team managers whenever needed!

Prior to the competition, all teams were required to attend a classification session run by the International Wheelchair Basketball Federation.  After this, the players were excited to start playing and get stuck into the competition. The GB men’s team stormed the group stages, finishing top of group B after 4 commanding victories, and went into the quarter final against France full of confidence. They then sailed through to the semi-finals 81-56 to face Italy. The semi-final was a very physical contest, but once again GBR came out on top, beating Italy 65-43. The men were due to face Netherlands in the final but, due to the increasing number of Covid-19 cases at the competition, made the difficult decision to forfeit the final, leaving the competition as silver medal holders.

The GB women also had a great start to the competition with two dominant wins against France and Turkey. They then faced the Netherlands and played a fantastic game but were unfortunately beaten by the reigning Paralympic champions. The competition became tough with the loss of two coaches and two players due to Covid-19 concerns, and the team faced a loss against Spain. However, in the final group game, the GB women battled back with extraordinary grit to beat Germany and earned their place in the semi-finals.  The women’s squad faced Germany once again in the semi-final and put on a formidable performance to beat the Germans 58-51 Similar to the men's squad, the GB women forfeited the final amid Covid-19 concerns but performed extremely well throughout the competition and were very deserving of their place in the final.

Despite the unique challenges that covid-19 brought up, this was a fantastic opportunity to watch the teams perform exceptionally well against high quality competition. Additionally, it was great to spend time with the staff team as well and learn more about the performance analysis process that supports the teams tactically and helps evaluate performances.